Republican Power Grab In NC Shot Down By The Courts 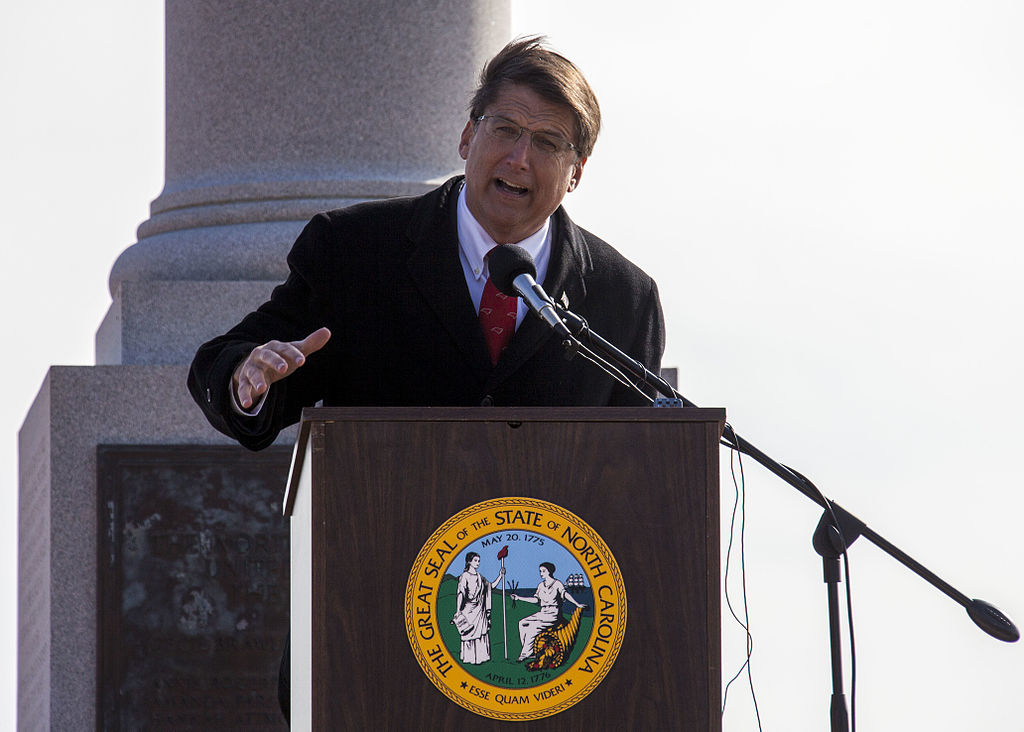 Described as an assault on democracy itself, most of North Carolina’s legislative attack on the powers of the new Democratic Governor ruled unconstitutional.

Slate reports that “On Friday, a North Carolina state court ruled that most of the Republican-dominated legislature’s December power grab—which stripped authority from the incoming Democratic governor—violated the state constitution. The three-judge panel found that the legislature’s attempt to deny Gov. Roy Cooper control over the state election board violated the constitutional separation of powers, as did efforts to stack his administration with holdovers appointed by former Republican Gov. Pat McCrory.”

The court’s decision was fairly predictable given the North Carolina Constitution’s stringent separation-of-powers requirements. Article I of the state constitution declares that legislative and executive power “shall be forever separate and distinct from each other,” while Article III vests all of “the executive power … in the Governor” and commands that he or she must “take care that the laws be faithfully executed.”

After McCrory’s defeat, Republicans attempted to restructure the state’s election board by merging it with State Ethics Commission, creating a new board. As Slate reports, this restructuring effort “ensured that the state and county boards would be perpetually gridlocked.”

And this, the court explained on Friday, violates the Separation of Powers Clause. Because the board is “primarily executive in nature,” the court held unanimously, the governor “must have enough control over [the appointees] to perform his constitutional duty” to “faithfully execute the laws.” By creating constant deadlock, Republicans ensured that the governor “will have inadequate control” over the board, blocking him “from ensuring faithful execution of the laws.” Thus, the court struck down the law creating a new board, allowing Cooper to appoint Democrats who will reverse Republican-instituted voter suppression.

Slate continued on the court’s findings reporting that:

By a 2-1 vote, the court also blocked a provision of the GOP legislative coup that would’ve filled Cooper’s administration with McCrory-appointed holdovers. This amendment gave McCrory authority to convert temporary political jobs into permanent positions, preventing Cooper from choosing personnel for his own administration. Sure enough, McCrory spent his last two weeks in office converting nearly a thousand political positions into permanent ones. So when Cooper entered office, the executive agencies typically controlled by the governor were filled with hostile Republicans who could not easily be replaced. The court once again found that this measure violated separation of powers by curbing Cooper’s ability to take care “that the laws are faithfully executed.”

Finally, by another 2-1 vote, the court upheld a new law requiring the governor to submit his Cabinet appointments to a state Senate vote. Before Cooper took office, governors appointed Cabinet secretaries without legislative interference, but Republicans abolished that practice in December, granting themselves the opportunity to provide “advice and consent.”

Republicans are expected to file an appeal, but as Slate points out “litigation is destined for the state Supreme Court, where progressives hold a 4-3 majority,” making the chances of winning slim to none.

To achieve their goal, the Republican-led legislature called a special session to push the measure through – a tactic they employed when enacting North Carolina’s infamous “bathroom bill,” otherwise known as House Bill 2.

Slate reported on the “coup” at the time, stating that: “This last-minute power grab marks an alarming departure from basic democratic norms—a blatant attempt to overturn the results of an election by curtailing judicial independence and restructuring the government to seize authority lawfully delegated to the incoming Democratic governor.”

Citing a different article by Slate, independent blogger Mindy Fischer reported at the time, “Monday night North Carolina Republicans are attempting to rush through legislation that will strip power from their incoming Democratic Governor and state Supreme Court. They have just banned any public viewing or journalists from observing the proceedings. And now they’re arresting protesters and at least one journalist.”

“North Carolina Republicans have apparently gone insane,” Fischer continued. “I don’t see how you can call this anything but a coup.”

With both legislative chambers cleared, the Assembly will continue debating the new proposals into the evening. The public has no way to watch the debate. A bill preventing Democrats from taking control of state and county election boards—as they were slated to do under current law—has already passed the Senate. Republicans hold a super majority in both chambers due to race-based gerrymandering that was recently ruled unconstitutional.

Reporting that what was”happening in North Carolina is not politics as usual,” Slate summarized the legislative efforts to seize control, calling them “an attack on democracy itself.”

It is an extraordinarily disturbing legislative coup, a flagrant effort to maintain one-party rule by rejecting democratic norms and revoking the will of the voters. It is the kind of thing we might expect to see in Venezuela, not a U.S. state. It should terrify every American citizen who believes in the rule of law. This is so much more than a partisan power grab. This is an attack on democracy itself.