" /> In A Fit Of Rage, Trump Advisor Admits To Consorting With Wikileaks During Campaign 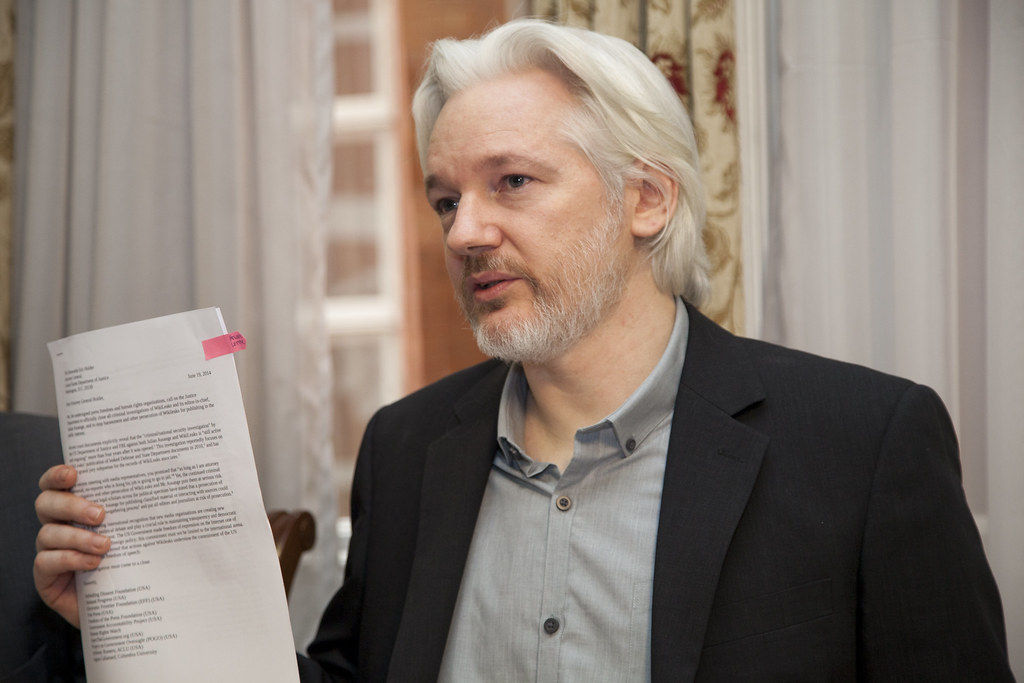 Trump campaign advisor Roger Stone launches vulgar Twitter tirade against multiple individuals and admits to having a back channel to Assange.

Republican strategist and long-time Trump advisor Roger Stone unleashed a vulgar Twitter tirade against multiple people on Twitter Saturday night that included insults, misogynistic slurs and the stunning admission that he had a “perfectly legal back channel” to Wikileaks founder Julian Assange “who indeed had the goods on #CrookedHillary.”

Keith Olbermann posted a screen capture of the tweet early Sunday morning, writing: “Unclear if Trump Advisor @RogerJStoneJr deleted his admission to consorting with an enemy agent and by extension an enemy nation, so, a cap:”

Unclear if Trump Advisor @RogerJStoneJr deleted his admission to consorting with an enemy agent and by extension an enemy nation, so, a cap: pic.twitter.com/kWofo5RMCj

Stone, who worked as a campaign advisor for Trump and remains a close confidant, lashed out at @RVAwonk, who describes herself as a”feminist, scientist, statistics professor and a health equity & racial justice advocate.

A screen capture of a particularly disturbing conversation between Stone and @RVAwonk was posted by Lili Loofbourow, a writer and media critic whose work has appeared in various media, to include: “The New York Times Magazine, The Guardian, The New Republic, Talking Points Memo, PMLA, Salon, Slate, Al Jazeera America, The Awl, Post 45, The Los Angeles Review of Books, New York Magazine’s The Cut, Oyster Books, Boston Review, The Virginia Quarterly Review, The New Inquiry, Avidly, Buzzfeed, The Hairpin, Refinery 29, Racked, and PressPlay.“ 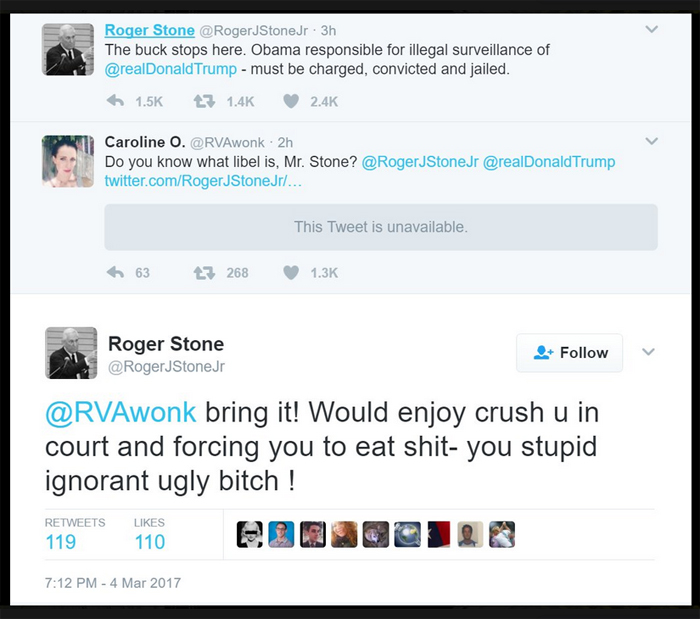 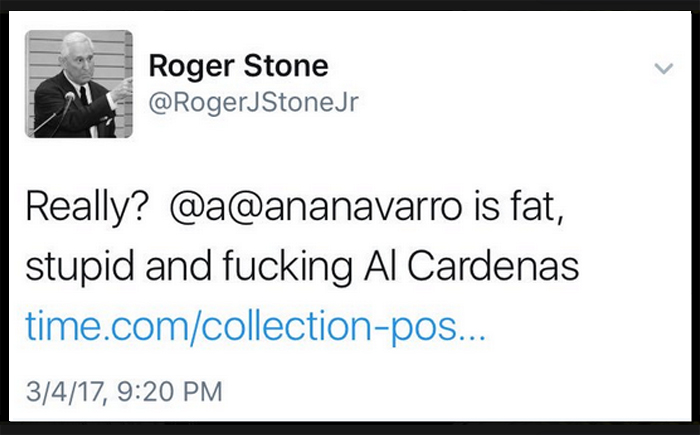 And he had this to say to Yashar Ali, a columnist who has been featured in The Wall Street Journal, TIME Magazine, The New York Observer, The Huffington Post, The New York Times, and the San Francisco Chronicle.

As WBUR reported last November, “Longtime Donald Trump advisor and political consultant Roger Stone has been formally banned (for now) from appearing on cable networks CNN and MSBNC after a series of offensive tweets about other political experts who regularly appear on air. He addressed those tweets… in an interview with On Point host Tom Ashbrook.“

“I would have to admit that calling Roland Martin a ‘fat negro’ was a two-martini tweet, and I regret that,” Stone told Ashbrook. “As for my criticism of Ana Narvarro not being qualified… I don’t understand why she’s there, given her lack of qualifications.”

You can check this article published by Gawker, “CNN Should Stop Inviting This Horrible Bigot to Talk on TV,” at the time for a more complete accounting of his various Twitter attacks leading up to those bans.