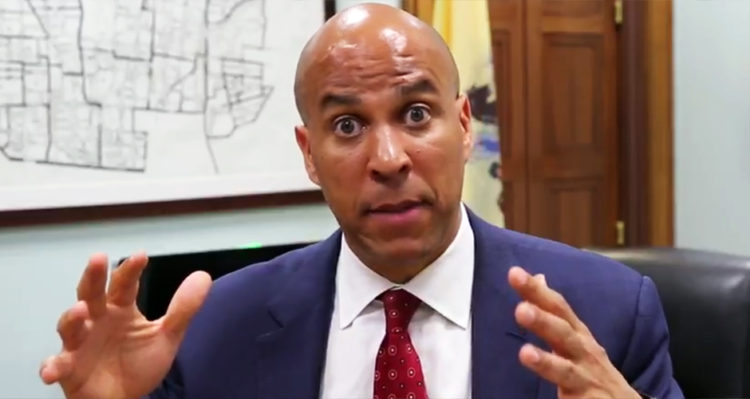 Cory Booker posts a video blasting Trump and calling on all Americans to join in the resistance.

Sen. Cory Booker (D-NJ) posted a video to multiple social media accounts on Wednesday blasting Trump for his “grandiose statements and exaggerated promises” and telling the Republican leader “it’s time to put up or shut up!”

The video was a direct response to Trump’s first speech before a joint session of Congress.

“So I have a copy of the ‘s [Trump]’s speech and in usual Donald Trump style there are grandiose statements,” Booker began.

Continuing, he lists several promises from Trump’s speech, stating that: “we have been hearing this kind of rhetoric, these kind of exaggerated promises for a long time and I’m simply say that it’s time for there to be real policy.”

Booker goes on to point out that “some of the things he talked about are downright contradicted by the actions he’s taken in his first weeks in office.”

Referring to Trump’s Muslim travel ban, Booker accused him of “betraying our core values as a country.”

Booker concluded by calling on all Americans to resist. “My job in Congress is to put checks and balance on our president and find ways to serve the American people’s true economic interest and security interest.”

“But all of us have a responsibility to match this rhetoric with our activism. I hope you’ll join me in the coming days ahead.”