" /> The Brainwashing Of The President: Trump Believes 'Fox & Friends' Over U.S. Intelligence

The Brainwashing Of The President: Trump Believes ‘Fox & Friends’ Over U.S. Intelligence

April 3, 2017 by Kimberley Johnson No Comments 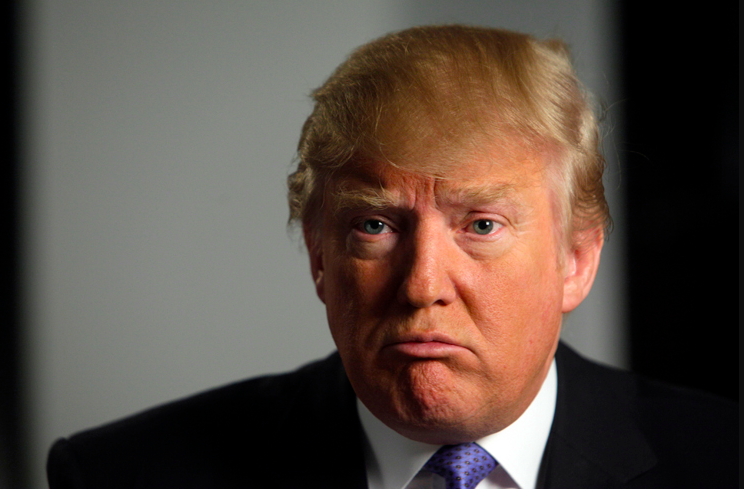 Donald Trump watches a lot of Fox News, and he’s particularly fond of Fox & Friends. We know this because he tags the show when he tweets, and he tweets a lot.

On Monday, Trump continued the bogus narrative that the Obama administration surveilled him during the 2016 election, and he praised Fox & Friends for their “amazing reporting,” tweeting:

Such amazing reporting on unmasking and the crooked scheme against us by @foxandfriends. "Spied on before nomination." The real story.

About two hours later he tweeted:

.@FoxNews from multiple sources: "There was electronic surveillance of Trump, and people close to Trump. This is unprecedented." @FBI

As more information connects the Trump administration to shady dealings with Russia, the president continues to push the idea that the previous administration spied on him – even though FBI Director James Comey informed Congress last month that there is “no information” to support Trump’s accusation. It’s not just the FBI either. National Security Agency Director Mike Rogers and former director of national intelligence James Clapper have stated there is no evidence to support the allegation.

Trump doesn’t seem to care what U.S. intelligence has to say about his bogus claim.

The real story turns out to be SURVEILLANCE and LEAKING! Find the leakers.

It’s interesting to note that Trump himself called Robert Costa, reporter for the Washington Post, to tell him the Republican healthcare bill was dead. A rather curious move, considering his attempts to delegitimize trusted media sources such as WaPo and The New York Times by constantly referring to them as “fake news.”

Some of Trump’s favorite news sources include Info Wars, hosted by the bat-shit crazy conspiracy theorist Alex Jones – who pushed the idea that the Sandy Hook elementary school shooting was a hoax.

Trump also hired the alt-right (white supremacist) Executive Chairman of Breitbart, Steve Bannon, to run his presidential campaign and then went on to appoint him to be his White House Chief Strategist.

Donald is like the dad in the documentary The Brainwashing of My Dad — the true story of filmmaker Jen Senko and the radical transformation of her once Democratic father to an angry right-wing fanatic after his immersion in toxic talk radio and Fox News.

Forbes reviewed the documentary and said in part (emphasis mine): “While its current dominance is hardly guaranteed — the median age of Fox viewers is 69 — Fox has fundamentally changed how news outlets operate. The network’s tactics can even be seen in ostensibly liberal or moderate news outlets, like MSNBC and CNN, suggesting that, in the end, The Brainwashing of My Dad isn’t really about Frank Senko or even the media that hijacked his mind for 30 years. It’s about all of us, and how easily manipulated we can be under the pretense of information.“