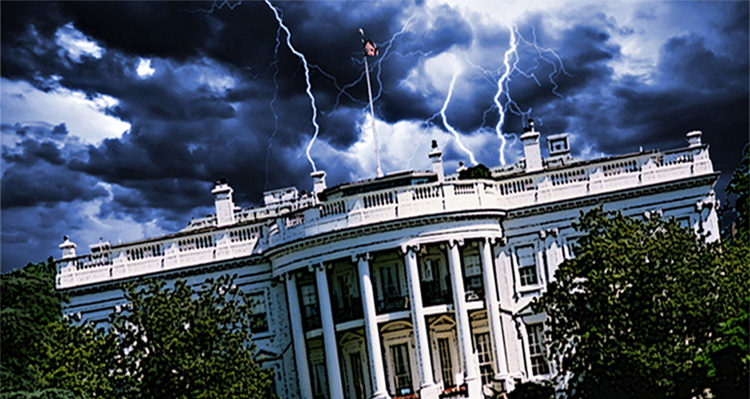 News Legend Dan Rather delivers an epic takedown of the Trump administration in a couple of powerful Facebook posts.

Dan Rather, best known for his 24-year tenure as anchor of ‘CBS Evening News, published a couple of damning Facebook posts in the last 24 hours blasting the Trump administration in the wake of Sean Spicer’s “unhinged” and “amateurish” comparison of Syrian President Bashar al-Assad to Adolf Hitler during Tuesday’s press briefing, claiming that even someone as “despicable” as the infamous dictator “didn’t even sink to using chemical weapons.”

In his first post, Rather writes of his thoughts regarding “the role of the press in today’s America.”

This is, and has been for awhile, a tumultuous, confusing and dangerous time. And there is no end of it in sight. Trying to keep abreast of developments in the Trump Administration and what they portend is difficult, to say the least. Putting them into any kind of meaningful context and perspective is a constant challenge.

We, on our Facebook page and on the internet site “News and Guts, are scrambling hour-by-hour just to keep up. And most days…well, I won’t say we fail but can’t say that we succeed. It’s even harder for day-of-air/daily deadline journalists.

Continuing, he writes of the Trump administration’s “unceasing attempts to discredit and eviscerate tradition-minded news outlets,” warning that

If tradition-minded (“mainstream”) news organizations lose credibility, if the populace as a whole starts believing the unsubstantiated rumors and outright lies that are posted as truths, if the worst are able to govern unchecked, then freedom and representative democratic government will not be able to survive. I don’t think I am being overly dramatic in saying this.

Writing that “I love our country and the way of life it provide[s] us,” he conceded that he may have taken the “American Dream” “somewhat for granted,” adding that this is “why I have re-dedicated myself to trying to make a difference, even a wee small one, with my work and whatever may be left of my life.”

Rather concludes that post, writing that” If enough Americans remember and act on [the] two of the best known quotations in our history, we’ll be alright. Those quotations are:”

In his second post, Rather directly addresses the controversy surrounding Spicer’s Hitler remarks.

It is with sadness that I do not know where to begin. Today in a briefing, White House Press Secretary Sean Spicer issued a statement that is so far beyond the pale, so tone deaf and blind to history and our precarious moment in world affairs, that it is with only a heavy heart that I even bring attention to it. There can be no joy in such incompetence.

After recounting the absurd details of Spicer’s outlandish remarks, Rather concludes his post writing that:

This line of rhetoric is so unhinged, so amateurish, so lacking in the context and perspective necessary for statesmanship and diplomacy that I do not see how Mr. Spicer can be allowed to continue in his current position. But in the end, this is less about him and more about an Administration that is inserting itself in a civil war and now is plunging into a drastic reformulation of American foreign policy without any clear sense that they have a plan. When you try to explain such a situation, it is understandable that your words don’t make sense.