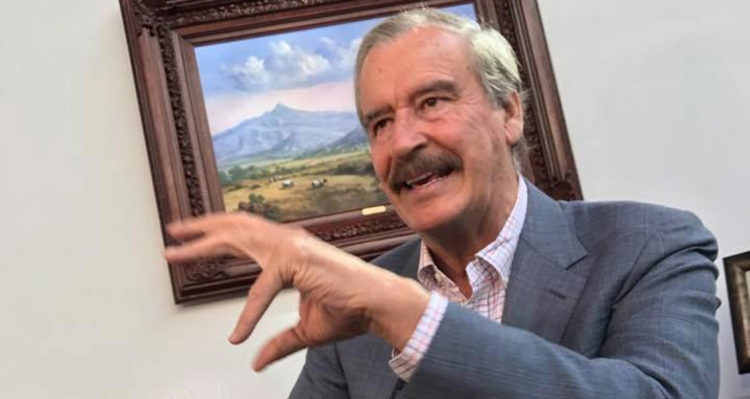 Vicente Fox blasts Trump after he makes a complete fool of himself, lying and flaunting his hypocrisy for the whole world to see.

Trump took to Twitter in the wee hours of the morning on Friday to whimper about reports of the abject failure of his first 100 days in office.

Vicente Fox, the president of Mexico from 2000 to 2006, was quick to remind Twitter viewers that Trump himself set the agenda, tweeting a screenshot of “Trump’s Contract with the American Voter” from his campaign website.

.@realDonaldTrump the 100 days goal was set by yourself and now you're against that standard? In these 92 days, you've only wrecked America. pic.twitter.com/PujGkxnp0v

It seems that Trump has decided to ignore his “Contract with the American Voter,” which was posted on his campaign website shortly before the election and remains there today.

As you can see from the image below, the contract even has a place for his supporters to sign – presumably to “seal the deal.” 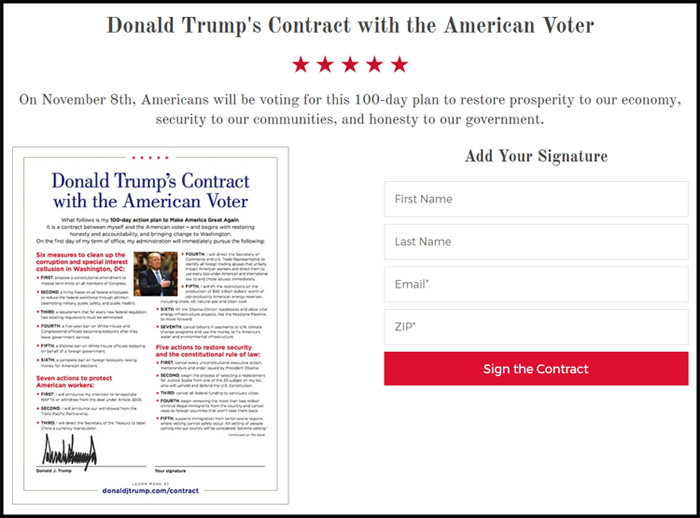 Several other notable individuals responded as well, such as CNN’s senior political correspondent, David Axelrod, who tweeted: “Inoculation in advance for next week’s 100 day report card. ‘Mom, I’m just saying. I did good work. That teacher just HATES me.’”

Mike Jollett, the frontman for Airborne Toxic Event, and others were kind enough to supply a handy chart – presumably to make it easier for Trump to understand.

TRUMP: I'm having the best first 100 days of any president in history.

Stay tuned for more fun, lies and hypocrisy – coming later today and each and every other day until we get rid of the stooge who is currently occupying the White House.