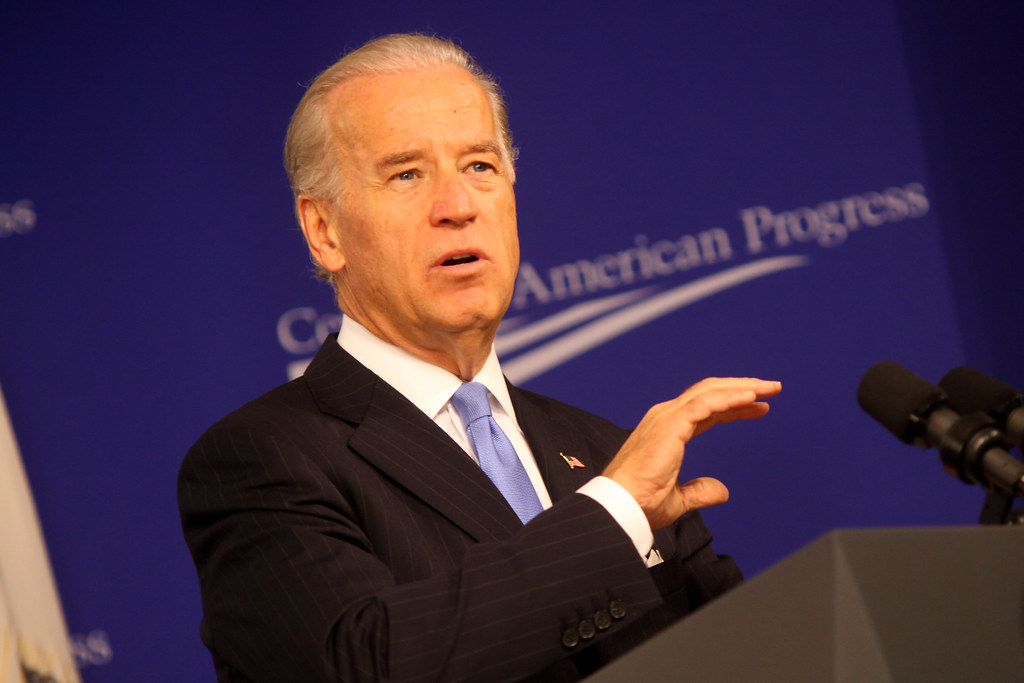 Paul Ryan has become the latest target for angry conservatives, but Joe Biden was kicking his ass all over the stage years ago during the 2012 Vice-Presidential debate.

Here are a few of our favorite zingers from that battle and be sure to check out this collection of hilarious Joe Biden memes that were circulating around the 2016 election.

1. “By the way, can you send me some stimulus money?” Ryan is well known for his opposition to the Obama administration’s stimulus spending, even calling it “crony capitalism” during the debate.

Biden let him have it, citing two letters that were sent by Ryan to the Department of Energy requesting stimulus payments for companies in his congressional district in Wisconsin.

“And I love my friend here. I’m not allowed to show letters, but go on our Web site — he sent me two letters saying: ‘By the way, can you send me some stimulus money for companies here in the state of Wisconsin?’ We sent millions of dollars…

“I love that. I love that. This was such a bad program and he writes me a letter saying –­­ writes the Department of Energy a letter saying: ‘The reason we need this stimulus, it will create growth and jobs.’ His words. And now he’s sitting here looking at me.”

2. “I think ­­I got a bridge to sell you.”  Biden defended working class Americans and took on Romney’s gaffe suggesting that 47 percent of the American people are moochers who “believe that they are victims” and feel “entitled to health care, to food, to housing, to you name it.”

Biden let Ryan have it about that comment stating: “The idea,­­ if you heard that ­­that little soliloquy on 47 percent and you think he just made a mistake, then I think you’re ­­–­­ I think ­­I got a bridge to sell you“.

“Romney said: ‘No, let Detroit go bankrupt.’ We moved in and helped people refinance their homes. Governor Romney said: ‘No, let foreclosures hit the bottom.’ But it shouldn’t be surprising for a guy who says 47 percent of the American people are unwilling to take responsibility for their own lives. My friend recently in a speech in Washington said 30 percent of the American people are takers.”

“These people are my mom and dad,­­ the people I grew up with, my neighbors. They pay more effective tax than Gov. Romney pays in his federal income tax. They are elderly people who, in fact, are living off of Social Security. They are veterans and people fighting in Afghanistan right now who are, quote, ‘not paying any tax.’”

RYAN: You can ­­ you can cut tax rates by 20 percent and still preserve these important preferences for middle­ class taxpayers…

RYAN: It is mathematically possible. It’s been done before. It’s precisely what we’re proposing.

BIDEN: It has never been done before.

RYAN: It’s been done a couple of times, actually.

BIDEN: It has never been done before.

4. “Stop talking about how you care about people.”  Discussing tax policy, Biden discussed the fact  that Republican resistance to raising taxes on America’s wealthiest demonstrates their disregard for the rest of the country and went on to tell Ryan that things would be better for the middle class if Republicans would “just get out of the way” of passing a jobs bill.

5a.  “[T]hat’s a bunch of malarkey.” In response to a question regarding last month’s attack on the U.S. consulate in Libya, Ryan claimed that the Obama administration had cut defense spending to dangerous levels putting the consulate at risk by failing to provide adequate security.

Biden responded: “With all due respect, that’s a bunch of malarkey because not a single he said is accurate…”

Biden went on to note:

“Number two, Governor Romney, before he knew the facts, before he even knew that our ambassador was killed, he was out making a political statement which was panned by the media around the world. And this talk about this ­­this weakness. I don’t understand what my friend’s talking about here.”

5b. “We Irish call it malarkey.” Ryan tried to claim that the Obama administration had not been tough enough in dealing with the issue of Iran’s efforts to obtain nuclear weapons, saying that the administration had sought to weaken the economic sanctions in place against Tehran.

Biden responded: “This is a bunch of stuff. Look, here’s the deal”.

The moderator Raddatz responded: “What does that mean, a bunch of stuff?”  To which Biden answered: “Well, it means it’s simply inaccurate” and in response to Ryan’s comment “It’s Irish” he replied “It is. We Irish call it malarkey”.

6. “[T]hese guys bet against American all the time.” Ryan claimed that cuts in the defense budget signal weakness to the world.

Referring to Republicans, Biden responded: “Look, I just — ­­I mean, these guys bet against America all the time.”