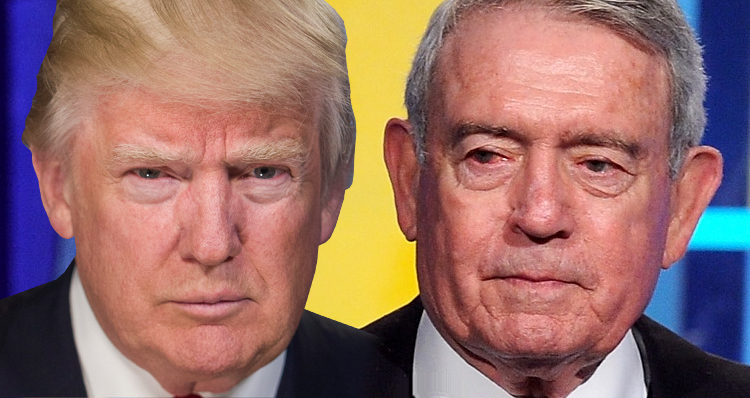 Dan Rather calls out the media for their failure to hold Donald Trump accountable for his many lies and failure.

Dan Rather, best known for his 24-year tenure as anchor of ‘CBS Evening News,’ is speaking out about missile strike in Syria on Friday and the media’s short-sighted approach to covering the event.

Rather took to his Facebook page Friday evening writing that “The number of members of the press who have lauded the actions last night as ‘presidential’ is concerning.”

He goes on to warn that “War must never be considered a public relations operation. It is not a way for an Administration to gain a narrative. It is a step into a dangerous unknown and its full impact is impossible to predict, especially in the immediate wake of the first strike.”

Speaking more generally to the failure of the press, Rather writes: “The role of the press is to ask hard questions. There is ample evidence that this Administration needs to face deep scrutiny. The lies we have heard, the chaos in governance, and the looming questions about ties with Russia – itself a major player in Syria – demand that the press treat this latest action with healthy skepticism.”

And this isn’t the first time, nor is it likely to be the last time Rather speaks out against the media’s coverage of the Trump phenomenon.

Rather warned the media not to underestimate Donald Trump last December, stating that although he appears to make dumb statements he is actually quite intelligent, that all his controversial remarks are “tactical moves” designed to attract the hard-right base. Rather also remarked that Trump was “confusing the bully pulpit with the BS pulpit.”

Last September, Rather turned to his Facebook page and published – perhaps – his harshest criticism of the media. Warning that Trump “cynically plays the press corps’ deep desire for fairness to his undeserved benefit,” Rather wrote that “Fear, combined with the lure of ratings, views, clicks and profits, have hypnotized too much of the press into inaction and false equivalency for far too long.”

“Trump’s relationship with the press is at the heart of so much that is troubling about his candidacy,” he continued. “[T]oo much of the press has been cowed into inaction. This is a man who can be fact-checked into obscurity by any second grader with an Internet connection.”