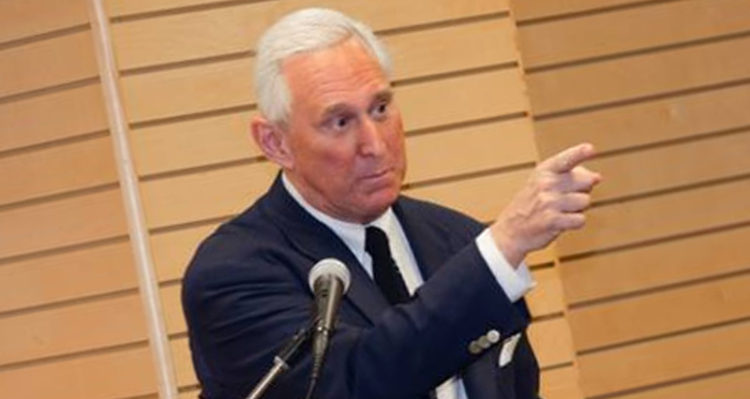 Republican strategist and long-time Trump advisor Roger Stone is in the thick of the Russian scandal with The New York Times reporting in February that he is under FBI investigation for his alleged contacts with a Russian intelligence agent and CNN reporting in March that he admitted to having direct contact with “Guccifer 2.0” the online persona who claims responsibility for hacking the Democratic National Committee during the 2016 presidential campaign.

In a separate article, The New York Times reported in March that the Senate Intelligence Committee asked Stone to “preserve and retain all hard copies and electronically stored information as specified below in furtherance of the committee’s ongoing investigation into Russian actions targeting the 2016 U.S. elections and democratic processes globally.”

Stone, possibly succumbing to the pressure of the mounting controversy, is known for resorting to Twitter to vent. As The Washington Post reported in February 2016, Stone was banned from appearing on CNN and MSNBC after posting a series of offensive tweets disparaging women to include CNN‘s Ana Navarro, investigative journalist Jill Abramson, and U.S. Representative Maxine Waters (D-CA).

In a fit of rage, Stone unleashed a vulgar Twitter tirade against multiple people on Twitter the first week of March of this year – an explosion that included insults, misogynistic slurs and the stunning admission that he had a “perfectly legal back channel” to Wikileaks founder Julian Assange “who indeed had the goods on #CrookedHillary.”

After having his Twitter account briefly suspended, Stone is back at it again – this time threatening Laura Allison Keiter, the Communications Director at Media Matters for America (MMFA).

Caroline O., @RVAwonk, who describes herself as a”feminist, scientist, statistics professor and a health equity & racial justice advocate,” posted a screenshot of the original tweet. Caroline O. was herself the subject of several hostile tweets from Stone during his Twitter tirade from March of this year.

It is unclear exactly why Stone is threatening Keiter, but Media Matters has been covering Stone’s indiscretions for a substantial period of time now.

The Washington Post reported last year that “Media Matters for America hammered CNN for according airtime to Stone even though he has used his Twitter account to launch nasty and racial attacks on network talent.”

“As Media Matters continues its campaign to highlight the worst of Roger Stone’s history, we encourage other networks to follow suit and agree to keep this notoriously controversial figure off of their airwaves moving forward,” said Media Matters President Bradley Beychok.