Trump Has ‘Dangerous Mental Illness’ According To Psychiatrists At Yale Conference 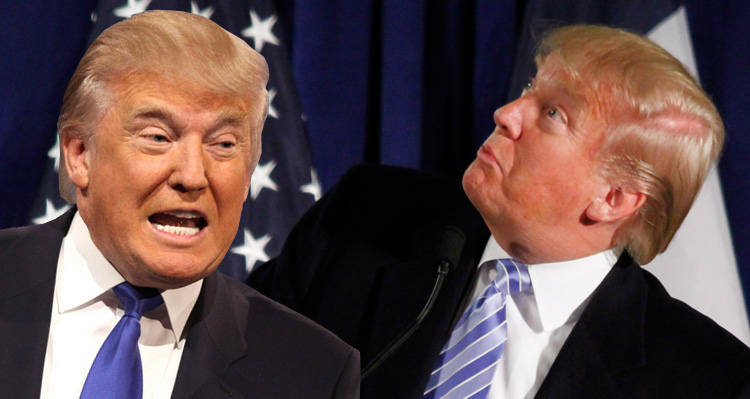 A group of psychiatrists said on Thursday that: “We have an ethical responsibility to warn the public about Donald Trump’s dangerous mental illness.”

Then in February of this year a group of 37 psychiatrists, psychologists and other mental health professionals published a letter to the editors of The New York Times warning that “Trump’s speech and actions make him incapable of serving safely as president.”

This week a group of psychiatrists attending a conference at Yale’s School of Medicine are warning that Trump has “dangerous mental illness” and are saying it is their “ethical responsibility” to warn the American public about his mental state.

The Independent reports that mental health experts attending the conference “claimed the President was ‘paranoid and delusional,’ and said it was their ‘ethical responsibility’ to warn the American public about the ‘dangers’ Mr Trump’s psychological state poses to the country.”

Speaking at the conference at Yale’s School of Medicine on Thursday, one of the mental health professionals, Dr John Gartner, a practi[c]ing psychotherapist who advised psychiatric residents at Johns Hopkins University Medical School, said: “We have an ethical responsibility to warn the public about Donald Trump’s dangerous mental illness.”

Continuing, The Independent reports that:

Chairing the event, Dr Bandy Lee, assistant clinical professor in the Yale Department of Psychiatry, said: “As some prominent psychiatrists have noted, [Trump’s mental health] is the elephant in the room. I think the public is really starting to catch on and widely talk about this now.”

James Gilligan, a psychiatrist and professor at New York University, told the conference he had worked [with] some of the “most dangerous people in society”, including murderers and rapists — but that he was convinced by the “dangerousness” of Mr Trump.

“I’ve worked with some of the most dangerous people our society produces, directing mental health programmes in prisons,” he said.

“I’ve worked with murderers and rapists. I can recognise dangerousness from a mile away. You don’t have to be an expert on dangerousness or spend fifty years studying it like I have in order to know how dangerous this man is.”

This is particularly significant because the 1973 Goldwater Rule prohibits psychiatrists from offering such opinions.

As the American Psychiatric Association explains on their website:

Since 1973, the American Psychiatric Association and its members have abided by a principle commonly known as “the Goldwater Rule,” which prohibits psychiatrists from offering opinions on someone they have not personally evaluated. The rule is so named because of its association with an incident that took place during the 1964 presidential election. During that election, Fact magazine published a survey in which they queried some 12,356 psychiatrists on whether candidate Sen. Barry Goldwater, the GOP nominee, was psychologically fit to be president. A total of 2,417 of those queried responded, with 1,189 saying that Goldwater was unfit to assume the presidency.

Maria A. Oquendo, M.D., Ph.D. and current president of the American Psychiatric Association, is quoted on the website as stating: “Simply put, breaking the Goldwater Rule is irresponsible, potentially stigmatizing, and definitely unethical.”

Despite the grievous nature of violating the Goldwater Rule, these mental healthcare professionals are speaking out about Trump’s mental health.

Additionally, Dr Gartner, who is quoted above, started an online petition on Change.org earlier this year on calling for Mr Trump to be removed from office.

The petition, which has been signed by nearly 45K mental health care professionals reads:

We, the undersigned mental health professionals (please state your degree), believe in our professional judgment that Donald Trump manifests a serious mental illness that renders him psychologically incapable of competently discharging the duties of President of the United States. And we respectfully request he be removed from office, according to article 4 of the 25th amendment to the Constitution, which states that the president will be replaced if he is “unable to discharge the powers and duties of his office.”