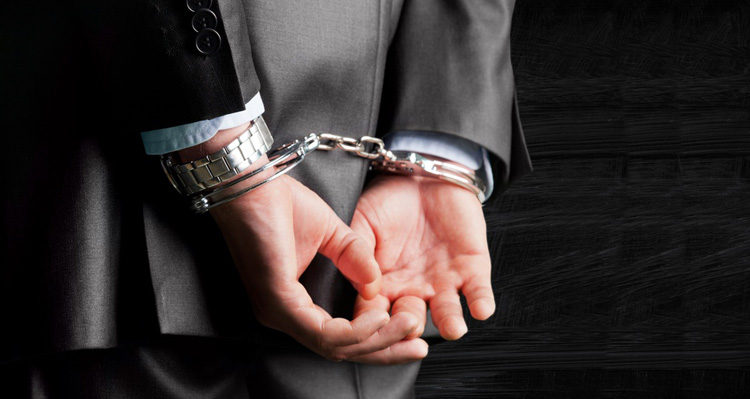 Baltimore attorney faces charges of obstruction of justice and witness intimidation after telling her Trump would have her deported and suggesting her husband beat up his client.

Defense lawyer faces charges of obstruction of justice and witness intimidation after being recorded telling the victim that she risked deportation in an attempt to dissuade her from testifying.

A Baltimore defense attorney is facing criminal charges after he was captured on tape telling a rape victim that she would be deported pursuant Trump’s immigration laws if she appeared in court to testify against his client.

The Baltimore Sun reports that attorney Christos Vasiliades “was arrested in the downtown courthouse Tuesday and charged with obstruction of justice and witness intimidation for allegedly telling a rape victim she risked deportation by the Trump administration, in an effort to dissuade her from testifying against his client.”

Defense attorney Christos Vasiliades and Edgar Ivan Rodriguez, an associate serving as a Spanish interpreter, were captured by a police wire warning the alleged victim’s husband about “the current environment for immigrants in this country” and offering an apology and $3K in cash if she did not appear in court to testify against his client, according to an indictment filed by the Maryland Attorney General’s Office

“You know how things are with Trump’s laws now; someone goes to court, and boom, they get taken away,” Rodriguez said to the victim’s husband in the recorded conversation.

“If we were back home where I’m from, from Greece… we would go [expletive] him up, that’s it, if you want to do that, that’s fine,” Vasiliades was recorded saying, adding: “He’s an [expletive], I think you should find him and kick his [expletive], personally.”

NBC News elaborated on the details, reporting that Vasiliades “called the victim’s husband in April and said things had become ‘complicated’ and asked to meet.”

That night, he and Rodriguez met the couple at a restaurant where they allegedly warned them that if they appeared in court immigration agents would be waiting for them, that they could be deported.

The couple reported the incident to law enforcement and authorities were listening in when the husband called Vasiliades a few weeks later and said he wanted to meet to talk more about the offer.

The next day, the group gathered again in an office, and this time the husband was wearing a wire when the attorney warned that his client would finger the victim as someone who is in the country illegally.

“My guy’s going to be like, ‘I’m here, but she is too!'” the lawyer said, according to the indictment. “They’re going to ask, ‘You have your documents?’ Then everybody’s f—–.”

The Baltimore Sun reports that:

Vasiliades’ arrest occurred Tuesday afternoon in the hallway of the Courthouse East building, as the trial of his client, Mario Aguilar-Delosantos, was set to start, according to the Sheriff’s Office and court records.

Vasiliades returned to that courthouse Wednesday afternoon — wearing a yellow jumpsuit and handcuffed behind his back. Prosecutors agreed to release him and Rodriguez under pre-trial supervision.

Both pleaded not guilty to charges of obstruction of justice and witness intimidation, and The Baltimore Sun reports that: “Billy Murphy, Vasiliades’ attorney, and Joseph Murtha, Rodriguez’s attorney, left the courthouse without commenting.”

The State’s Attorney’s Office declined to comment on the case but said it “has and will continue to partner and combine our efforts with the Attorney General’s Office, not only in protecting immigrant populations but also in the prosecution of these individuals.”