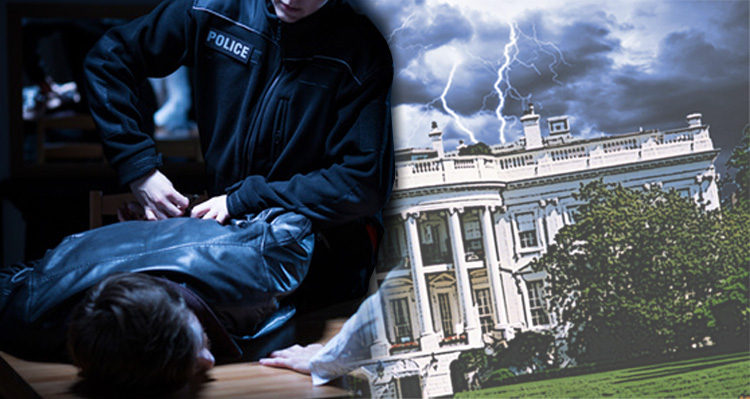 Rumors are circulating about the U.S. District Court of Virginia, where the Russia grand jury is convened, and about the U.S. Marshall Service obtaining an Order of Execution (MOE).

The Trump administration finds itself in the middle of a political and legal storm this week amid Trump’s Tuesday morning tweets admitting that he had share highly classified information with Russian diplomats and controversy raging over his Friday admission to NBC’s Lester Holt that he fired FBI Director James Comey, in part, due to the Russia investigation.

Then without any notice, the Department of Justice assigned a Special Counsel to take over the investigation regarding Russian interference in the 2016 election.

NBC News reports this evening that:

Mueller will take command of the prosecutors and FBI agents who are working on the far reaching Russia investigation, which spans multiple FBI field offices on both coasts.

At the same time, rumors began circulating regarding unusual activity at the United States District Court for the Eastern District of Virginia (EDVa) located in Alexandria, Virginia, where at least one grand jury is convened to investigate Russia.

To begin, four of the eleven judges assigned to the Alexandria Courthouse have their dockets cleared for tomorrow (Judges Hilton, Jones, Lee, and Nachmanoff), and two of the judges are clear the rest of this week (Jones and Lee), possibly indicating that they are preparing to hear new cases as soon as this week. Although we want to emphasize that we are unable to get any confirmation regarding the possible relevance of that schedule. [Dockets are not published any later than the end of this week, so it is possible that Jones and Lee have clear dockets lasting longer.]

Independent journalist Claude Taylor had plenty to say on his Twitter feed about events surrounding the EDVa. However, please note that while he has accurately broken several stories regarding the Trump investigation, the issuance of FISA warrants, and the existence of grand juries – some of his reports remain unconfirmed or unable to be verified, as we will discuss below.

He began tweeting at 1:46pm EST time posting: “Hmmm. It appears that the EDVA is now closed to members of the public not having business before the court. That’s. Highly. Unusual.”

Hmmm. It appears that the EDVA is now closed to members of the public not having business before the court. That's. Highly. Unusual.

Then at 4:59pm EST he posted a 5 part message, reading in its entirety without break:

Ok. Here’s what I’ve learned. I’m pretty solid on most of this but please keep in mind I’m not a lawyer so if you can keep that in mind. Shortly after 12pm in the Eastern District of Virginia (EDVA) in a closed and secure courtroom colloquially known as a SKIF, a hearing was held. The Government argued before a 3 judge panel for a MOE (Marshall Order of Execution). The MOE was granted. A revised tactical and logistical plan was approved for Multiple Jurisdictions by the Court. This is a highly detailed plan using hundreds of United States Marshal Service targeting an unknown number of Trump associates. The operation commenced shortly after the Court’s approved of the MOE at about 2pm. The MOE filing and number will remain under seal until the indictments are unsealed by the Court. End.

2. Shortly after 12pm in the Eastern District of Virginia (EDVA) in a closed and secure courtroom colloquially known as a SKIF, a hearing

Bear in mind that, as we pointed out above, Taylor has not always been accurate in his reporting.

For example, last week he reported that a sealed indictment had been handed down by the court against Trump, but as Snopes pointed out – the sourcing for that claim is too vague to corroborate.

However, in other instances, Taylor’s information has proven accurate. For instance, as The Daily Kos reports,

Claude Taylor was the first to report the existence of a grand jury related to the investigation, when he tweeted on April 28th that his sources say “two grand juries have convened and…one is almost complete.”  We now know that a grand jury does exist in the Eastern District of Virginia for the FBI’s Russia investigation, and on May 10th, 2017 CNN reported that the grand jury had issued subpoenas (orders to appear and/or produce documents) in recent weeks to associates of former National Security Advisor Michael Flynn.

The Daily Kos provided the following background on Taylor:

Claude Taylor worked on the Bill Clinton campaigns in 1992 and 1996, and served as the director of the White House Volunteer Office during the Clinton administration. Taylor later turned to a career as a fine art travel photographer, and continues to reside in the Washington, D.C. area. As previously mentioned, Taylor has been proven right on the existence of grand juries, and he also was tipped off by a source about the FBI search warrant executed at an Annapolis GOP-connected campaign consulting firm earlier this week. While that warrant is reportedly unrelated to the Trump-Russia investigation, there’s no question that Taylor obviously has some reliable inside sources. On the flip side, Taylor has also made some unsubstantiated claims that haven’t been proven true or fully debunked—yet.

“Both Republican strategist Rick Wilson and political commentator Keith Olbermann have pointed out that [Taylor] has been correct in the past on the issues of FISA warrants and grand juries,” according to The Daily Kos.

Time will tell if there is anything happening out of the Eastern District of Virginia, but clearly things are on the move now with the grand jury in full swing and today’s assignment of former FBI Director Bob Mueller as Special Counsel.