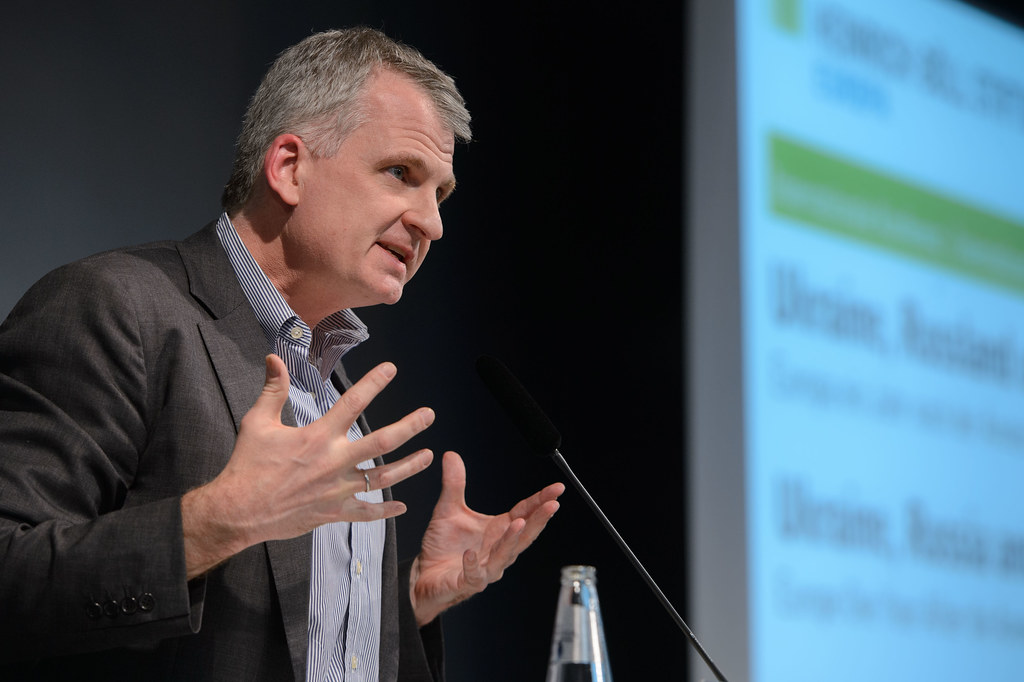 Is American democracy in danger? This Yale professor believes it is inevitable that Trump will stage a power grab.

As Chauncey Devega of Salon reports, “American democracy is in crisis” and “historian Timothy Snyder says that ‘It’s pretty much inevitable’ that Trump will try to stage a coup and overthrow democracy.”

As Devega explains on his Facebook page, Snyder was his guest on Monday’s episode of “The Chauncey DeVega Show.”

He is an award-winning professor of history at Yale University and author of numerous books including “Bloodlands: Europe Between Hitler and Stalin” as well as “Black Earth: The Holocaust as History and Warning.” His newest book is “On Tyranny: Twenty Lessons from the Twentieth Century.”

You can read a transcript of the interview that has been edited for length and clarity at Salon, and you can visit Salon’s Featured Audio page to listen to a longer version of the interview.

A few grim highlights from the interview are below:

DEVEGA: “In your book you discuss the idea that Donald Trump will have his own version of Hitler’s Reichstag fire to expand his power and take full control of the government by declaring a state of emergency. How do you think that would play out?”

SNYDER: “I think it’s pretty much inevitable that they will try. The reason I think that is that the conventional ways of being popular are not working out for them. The conventional way to be popular or to be legitimate in this country is to have some policies, to grow your popularity ratings and to win some elections. I don’t think 2018 is looking very good for the Republicans along those conventional lines — not just because the president is historically unpopular. It’s also because neither the White House nor Congress have any policies which the majority of the public like.

My gut feeling is that Trump and his administration will try and that it won’t work. Not so much because we are so great but because we have a little bit of time to prepare. I also think that there are enough people and enough agencies of the government who have also thought about this and would not necessarily go along.

DEVEGA: “How much time does American democracy have left before this poison becomes lethal and there is no path of return?”

SNYDER: “You have to accept there is a time frame. Nobody can be sure how long this particular regime change with Trump will take, but there is a clock, and the clock really is ticking. It’s three years on the outside, but in more likelihood something like a year. In January 2018 we will probably have a pretty good idea which way this thing is going. It’s going to depend more on us than on them in the meantime. Once you get past a certain threshold, it starts to depend more on them than on us, and then things are much, much worse. It makes me sad to think how Americans would behave at that point.”

As Yale News, the official website for Yale University, reported in March 2017, Snyder’s latest book “On Tyranny: 20 Lessons from the 20th Century” originally appeared as a Facebook post shortly after the 2016 presidential election.

Snyder, the Bird White Housum Professor of History who specializes in Central and Eastern European history, originally wrote the 20 lessons in the book as a post on Facebook to make himself feel like he was “being useful” and to “get the sense of crushing despair off of [his] chest” following the election of Donald Trump.

The post was shared over 17,000 times on Facebook and has been read by millions of people worldwide — which, Snyder says, is precisely the reason that he chose Facebook as the medium. “I didn’t claim copyright over it, and as a result numerous outlets picked it up. Several million people from a wide variety of backgrounds viewed it,” not just those who read national newspapers for which he frequently contributes articles. “I was glad about that,” he says.

Snyder’s post is a sort of action plan for defending democracy against the Trump regime.

Americans are no wiser than the Europeans who saw democracy yield to fascism, Nazism, or communism. Our one advantage is that we might learn from their experience. Now is a good time to do so. Here are twenty lessons from the twentieth century, adapted to the circumstances of today.

The remainder of his post includes the following 20 bullet points, each of them having a sentence or two elaborating on their meaning. “Do not obey in advance; defend an institution; recall professional ethics; when listening to politicians, distinguish certain words; be calm when the unthinkable arrives; be kind to our language; stand out; believe in truth; investigate; practice corporeal politics; make eye contact and small talk; take responsibility for the face of the world; hinder the one-party state; give regularly to good causes, if you can; establish a private life; learn from others in other countries; watch out for the paramilitaries; be reflective if you must be armed; be as courageous as you can; be a patriot.”