Is This Photo Of Paul Ryan For Real? If So We Applaud This Man 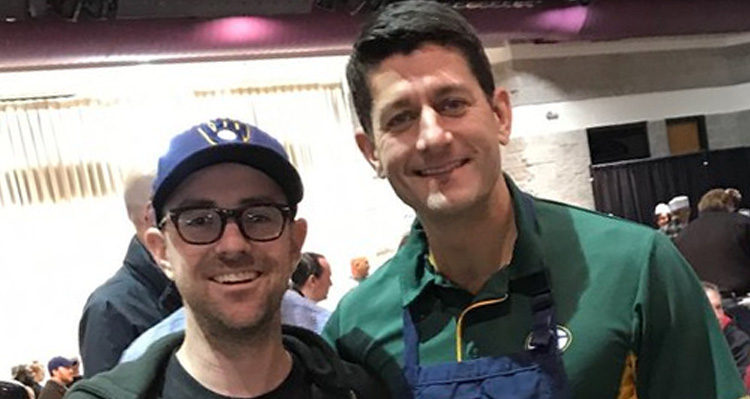 You have to look carefully at this photo to see what makes it so special, but it aptly describes what most of us think about Paul Ryan and Trumpcare.

As Vox notes, the Republican repeal and replace bill “reduces taxes but puts millions at risk of losing their health insurance, including people with preexisting conditions, older Americans, and the poor.”

However, as CNN reports in a separate article, Senate Republicans are planning an “un-rushed and deliberative process” for debating the plan and are expected to rewrite most – if not all – of the House Plan.

“In fact, Republican leaders don’t plan to begin floor action until the Congressional Budget Office (CBO) finishes formally scoring the House bill to determine its cost and impact on the uninsured,” CNN continued. “That could take at least two weeks, senators say.”

Sen. Lindsey Graham noted that from a “civics” standpoint it wasn’t great that the House version of Trumpcare had not waited on an analysis by the CBO.

“I don’t care so much about the process,” he said, adding that: “The Senate is the place still in my view where you deliberate, you have a say, and you vote.”

In the meantime, a photograph has been circulating on social media of House Speaker Paul Ryan  standing next to a man wearing a t-shirt characterizing the GOP healthcare don’t care plan as “repeal and go f-ck yourself.”

In the photo below, you can observe Twitter user @minnywisconsin standing next to Ryan wearing a shirt reading “Repeal and go f-ck yourself — GOP,” with an American flag replacing the “u.”

As The Washington Examiner reports, “The shirt is a quote from the podcast Pod Save America, which is hosted by former White House staffers during President Obama’s time in office.”

Those podcast hosts, The Washington Examiner continues, “have been critical of the Republican healthcare reform plans and have characterized the bill as heartless.”

In our estimation, the photo is in fact real – and we applaud @minnywisconsin for his valiant effort to shed light – and mockery – on the heartless nature of the latest Republican effort to repeal Obamacare.