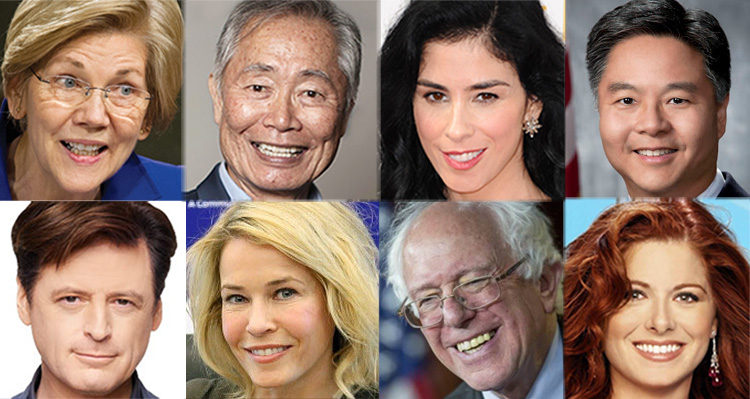 Twitter explodes in the wake of Trump’s clear attempt to obstruct the ongoing FBI investigations into the Russia scandal.

As CNN reports, “Trump on Tuesday fired FBI Director James Comey, sweeping away the man who is responsible for the bureau’s investigation into whether members of his campaign team colluded with Russia in its interference in last year’s election.”

“The bombshell announcement that sent shock and surprise ricocheting through Washington ends the career of the man who was once seen as the unimpeachable and nonpartisan ideal of how a law enforcement officer should behave.”

Politico reports that Trump deliberated for more than a week before firing Comey.

According to NBC News, “Trump’s decision to terminate Comey sent shockwaves through Washington on Tuesday, with many senior Democrats accusing the White House of undermining the agency’s investigation into whether the Trump campaign colluded with Russia to prevent Hillary Clinton’s election.”

NBC News reported in a separate article that “Some Democrats charged that the sudden ouster by the president of the FBI chief had echoes of Watergate.”

“This is Nixonian,” Sen. Bob Casey of Pennsylvania said. Vermont Sen. Patrick Leahy called the action “shocking” and labeling as “nothing less than Nixonian.”

“For Republicans, the situation is trickier,” reports The Washington Post. “The balance between ensuring an objective analysis of the role Russia may have played in the 2016 race and protecting a Republican president has proved to be politically complicated for many on the right, who usually default to the latter position. This is to some extent a function of Trump’s having had many exceptional moments in his candidacy and presidency so far, from insults to emoluments.”

Twitter was quick to respond, sometimes with horror and at other times with humor, such as this tweet by the Nixon Presidential Library (who received some blow back considering Nixon’s infamous “Saturday Night Massacre”).

Just last week Trump tweeted: “FBI Director Comey was the best thing that ever happened to Hillary Clinton in that he gave her a free pass for many bad deeds! The phony…” and political commentator, actor and comedian John Fugelsang weighed in, tweeting in part that Trump is “making dementia look bad.”

He quickly followed up by taking a swipe at controversial Attorney General Jeff Sessions who had to recuse himself from all matters concerning the 2016 presidential campaign and the alleged Russian interference in the presidential election in the wake of an explosive expose by The Washington Post revealed that he had spoken with Sergey Kislyak, the Russian ambassador to the United States, on two separate occasions during the campaign in direct contradiction to his sworn testimony before the Senate Judiciary Committee during his confirmation hearing.

Nixon took 5 yrs to fire the guy investigating him! SAD! Would Nixon's AG commit perjury for him? Mine already has!#TrumpRussiaInvestigation

Trump and Putin both think they can make problems go away by getting rid of people. One says "You're Fired," the other just has you killed.

But does anyone seriously believe @realDonaldTrump fired the top person investigating his ties to Russia because he was unfair to Hillary?

As did Sen. Bernie Sanders…

If you actually believe @realDonaldTrump fired FBI Director because he was unfair to Hillary, then I have a bridge in Brooklyn to sell you.

#COMEY This is absolutely OUTRAGEOUS!!! The Head of an IMPARTIAL agcy was FIRED bc he was uncovering corruption in the WH! #🔥🔥🔥🔥🔥🔥🔥🔥🔥

… as did Sarah Silverman:

PLEASE WAKE UP THIS IS CRAY YALL https://t.co/eC92lM5Gl8

And Chelsea Handler reminded us of Comey’s role in disrupting the election while take a swipe at Trump:

Way to bite the hand that handed you the election. @realDonaldTrump