" /> Disgraced Once Already, Hypocrite Newt Gingrich Goes For Round Two of Embarrassment 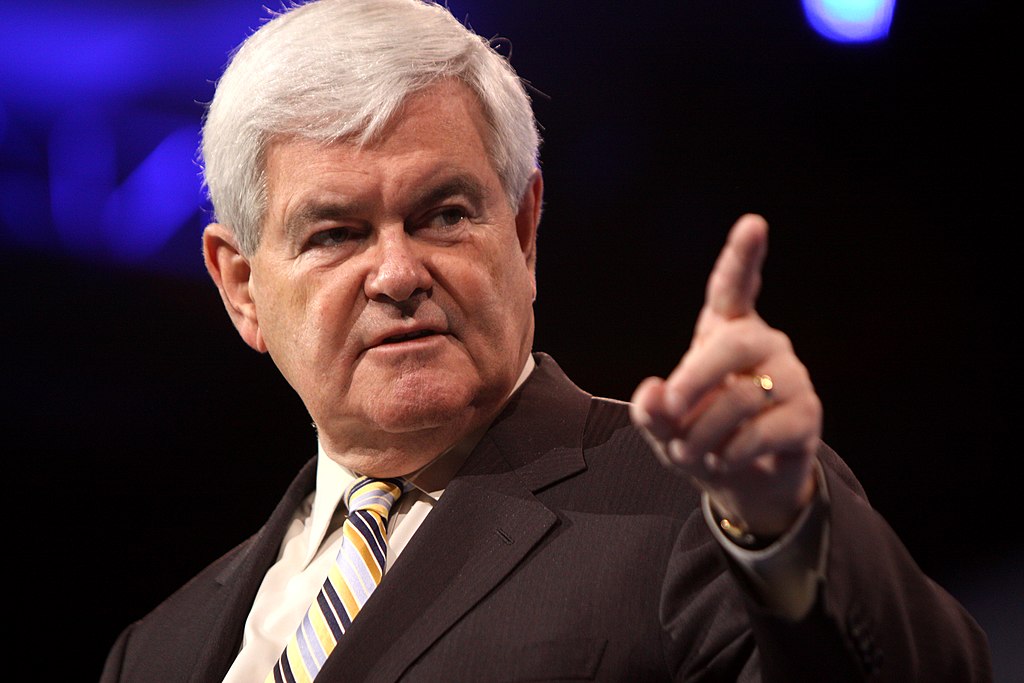 Serial philanderer Newt Gingrich led the impeachment charge against Bill Clinton, but hypocrisy comes full circle now as he claims Trump is immune as president from those very same charges.

On December 19, 1998, the House of Representatives approved two articles of impeachment against President Bill Clinton alleging perjury and obstruction of justice for actions related to his extra-marital affair with Monica Lewinsky, a 21-year-old unpaid White House intern. The trial of President Clinton commenced on January 7, 1999, and five weeks later, on February 12, the Senate voted to acquit Clinton on both articles of impeachment.

Nearly 20 years later, things have come full circle for the four Republican hypocrites, to include Newt Gingrich, who led that effort.

Henry Hyde, then Chairman of the House Judiciary Committee, was responsible for determining the recommended action on the articles of impeachment against Clinton. However, as Time reports, “Ironically, Hyde turned out to have been guilty of his own extramarital indiscretions… [That] admission dogged him for the rest of his political career and he was repeatedly criticized for his zeal in prosecuting Clinton while failing to mention his own transgressions.”

The day of the House vote on the articles of impeachment against Clinton, Rep. Bob Livingston (R-LA) – then Speaker of the House – suddenly resigned after Hustler Magazine publisher Larry Flynt threatened to release details about what he described as four extramarital affairs by Livingston. Before Flynt had the opportunity to release any details, Livingston admitted on the House floor that “I have on occasion strayed from my marriage” and promptly resigned.

Rep. Dennis Hastert (R-IL) reportedly “began lobbying on the House floor within moments” of Livingston’s announcement, gaining the quick support of the Republican leadership, and served as speaker from 1999 to 2007, to include the period while the Senate conducted their trial of Bill Clinton. However, as ThinkProgress reported in May 2015: “Hastert was indicted on charges that he illegally structured $1.7 million in payments to an individual in an attempt to cover up prior misconduct. According to reports, the payments were allegedly intended to ‘conceal s*xual abuse against a former male student he knew during his days as a teacher in Yorkville, Ill.'”

As Speaker of the House, Newt Gingrich (R-GA) led the initial charge against President Clinton. However, like with Hyde, it turns out that Gingrich had multiple affairs of his own. In a 2007 interview with Focus on the Family‘s James Dobson, “Gingrich for the first time publicly acknowledged cheating on his first and second wives,” admitting that he was cheating on his wife while leading the impeachment proceedings. Shortly after the November 1998 elections Gingrich resigned, having predicted Republicans would pick up twenty seats in the House when in fact they ended up losing five.

Not yet satisfied with that humiliation, Gingrich has now come full circle – claiming that it’s impossible for Trump to obstruct justice because he is the president.

Pointing out that Gingrich, in fact, voted in 1998 to impeach Bill Clinton for obstruction of justice, CNN continued, reporting:

Now, with a Republican in power, Gingrich has changed his tune. On Friday he called the investigation into Trump a “witch hunt.”

Gingrich was a vocal advocate for Trump during his campaign and at one time was considered for the vice president slot. He said a reported investigation of Trump for obstruction of justice in the Russia probe — which Trump himself said is happening — is related to a failed attempt to prove election collusion between the Trump campaign and Russia, which Gingrich called the “Russia Fantasy.”

As is all too often the case with Republicans these days, there seems to be no reason or accountability for their words and deeds and hypocrisy seems to rule the day.