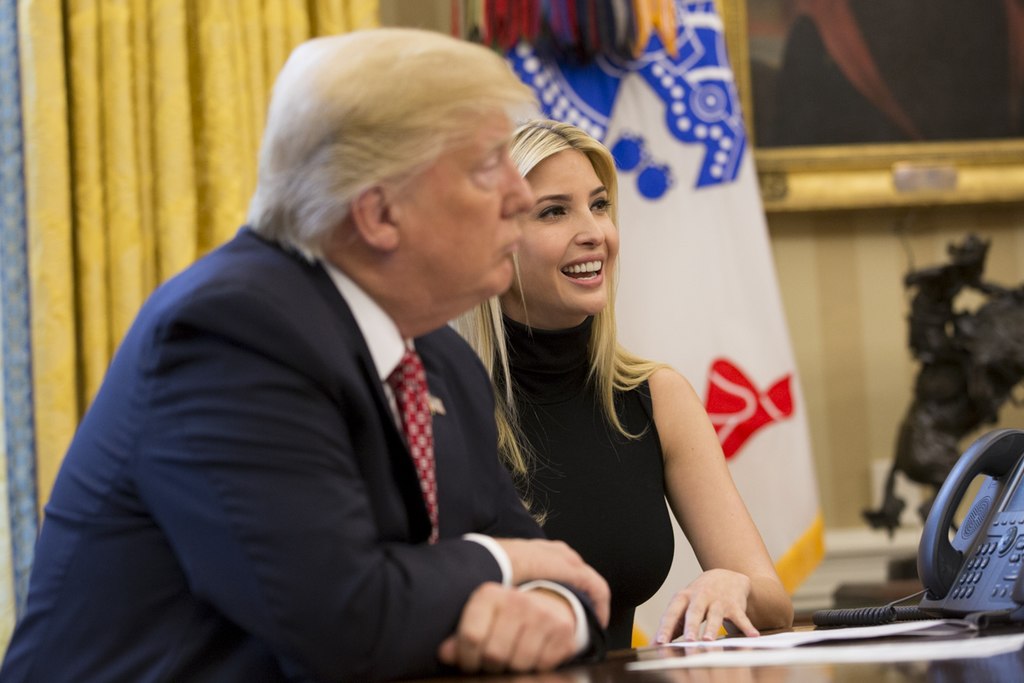 “It always bothers me when members of a family, who have never been elected, show up suddenly as official state representatives.” ~ German Foreign Minister Sigmar Gabriel

As The Independent reports, German Foreign Minister Sigmar Gabriel became “the most prominent foreign leader to criticize Ivanka Trump’s role in her father’s administration” during an April 2017 interview with German regional media group Funke and published by European news agency The Local.

The interview was conducted in the wake of Ivanka’s visit to Berlin to attend the W20 Summit on women’s empowerment at the invitation of conservative German Chancellor Angela Merkel.

The Local reported that Gabriel referred to Ivanka’s role as adviser to her father in the White House as “nepotism” during that interview.

“For me there are things that remain strange, like for example the visit of his daughter to Germany which was treated almost like a world event, while the mix of politics with family and business reminds us instead of nepotism and would be unimaginable here,” he said.

Continuing, Gabriel told Funke that: “It always bothers me when members of a family, who have never been elected, show up suddenly as official state representatives and are treated almost as if they were members of a royal family.”

Trump supporters such as Jason Miller claim that Ivanka’s role as adviser isn’t nepotism because she does not take a salary. Asked this March by CNN‘s Alisyn Camerota why her White House position doesn’t constitute nepotism, Miller responded: “She’s working for free. She’s volunteering her time and effort for the good of the country.”

As the Independent reports: “Critics would say she is still receiving benefits paid for by the US taxpayer, however. Ms Trump already has her own West Wing Office, as well as security clearance and a government-issued phone.”

As CNN reported this March:

[F]ormer White House ethics czar Norman Eisen said that both the Barack Obama and George W. Bush administrations included the White House in its interpretation of the federal nepotism law, passed in 1967, that says no public official — from the President down to a low-level manager at a federal agency — may hire or promote a relative.

Speaking about the matter to CNN, Eisen stated that:

President Trump got an opinion from the Justice Department that the nepotism statute doesn’t apply to his White House. We don’t agree with that opinion

For her part, Ivanka issued a statement earlier this year on her role.

“I have heard the concerns some have with my advising the President in my personal capacity while voluntarily complying with all ethics rules, and I will instead serve as an unpaid employee in the White House Office, subject to all of the same rules as other federal employees,” Ivanka Trump said, adding: “Throughout this process, I have been working closely and in good faith with the White House counsel and my personal counsel to address the unprecedented nature of my role.”