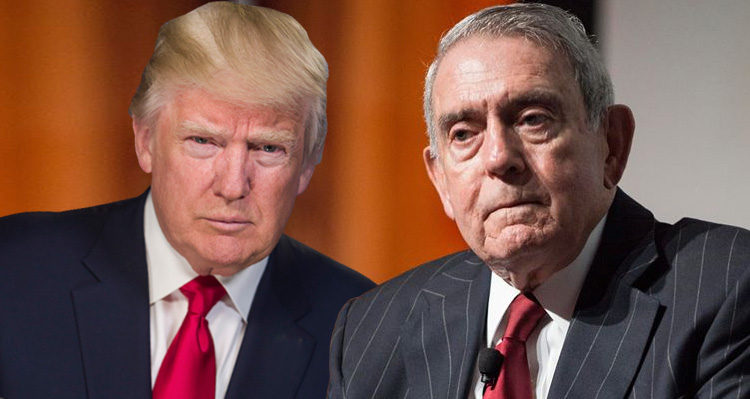 News Legend Dan Rather weighs in on Comey’s gripping and deeply disturbing testimony about the Russia story.

Dan Rather, best known for his 24-year tenure as anchor of ‘CBS Evening News, weighed in on James Comey’s testimony in a detailed Facebook post shortly after the former FBI Director’s Senate testimony.

Calling Comey a “master storyteller,” Rather writes that his testimony was both “gripping” and “deeply disturbing.”

The narrative that he weaved today in his opening statement and in fielding questions from the Senate panel, was as gripping as it was deeply disturbing. It could have been the pitch for a Hollywood film, but sadly it is all too real. Once Donald Trump could control the news cycle. No longer.

Rather goes on to explain that the Russia Story is unlike any other, that it is much different than breaking news stories like those surrounding a terrorist attack or stories requiring extensive investigative reporting like Watergate.

As Rather writes: “This Russia story is moving with the speed of breaking news, but it is fueled by all the reporting and seriousness of the most important inflection points of history. It is unlike anything I have ever seen – a story that will reverberate across the ages.”

“Since the time of the ancients who gathered around fires, storytelling is the way we best share information as a species. ‘Tell me a story,’ was the mantra at CBS News when I was coming up,” Rather continues, adding: “That is what James Comey did today. He wrestled the narrative to his vantage point. He was clear. Direct. Precise.”

Rather concludes by writing that, in the wake of Comey’s damning testimony, the narrative is beyond the control of Trump or his fellow Republicans:

However in the end, this story is beyond their or the President’s control. And it is not a hard one to grasp. What was the President hiding and did he obstruct justice? The fate of his Administration and the future of our nation hangs in the balance.