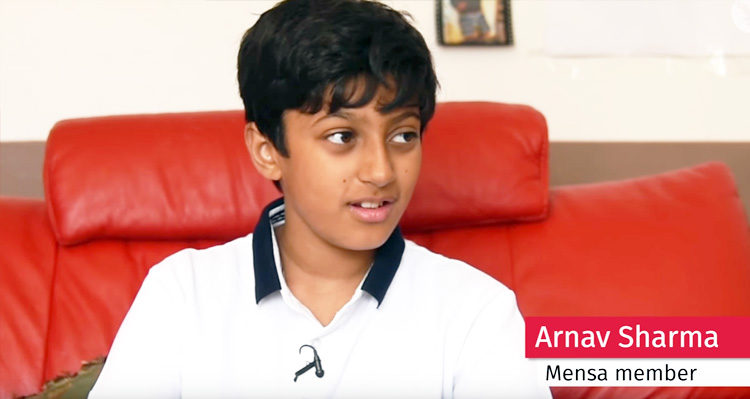 An 11-year-old boy from the U.K. has received a perfect score of 162 on an IQ test, placing his two points higher than both Albert Einstein and Stephen Hawking.

Of course, as Emory University reports, Einstein never took a modern IQ test, but it’s widely believed that he had an IQ of 160, the same score as Hawking.

That perfect score also places Arnav Sharma in the top one per cent of intelligent people in the world. The average score is 100 and 140 is the bench mark for being a so-genius.

The Independent reports that:

Arnav, who is of Indian origin, insisted he was not anxious before the sitting the test, saying: “I had no preparation at all for the exam but I was not nervous. My family were surprised but they were also very happy when I told them about the result.”

“The Mensa test is quite hard and not many people pass it so do not expect to pass,” Arnav told The Independent from his home in Reading, in southern England.

“I took the exam at the Salvation center and it took about two and a half hours,” he continued, adding: “There were about seven or eight people there. A couple were children but the rest were adults. It was what I thought it would be.”

A spokesperson for Mensa praised Arnav, saying: “It is a high mark which only a small percentage of people in the country will achieve.”

Mensa is the largest and oldest high IQ society in the world, and as their website explains – membership is limited to the top two-percent of the population:

Membership in Mensa is open to persons who have attained a score within the upper two percent of the general population on an approved intelligence test that has been properly administered and supervised. There is no other qualification or disqualification for initial membership eligibility.