Chelsea Clinton Shows Trump What Being Classy Is All About 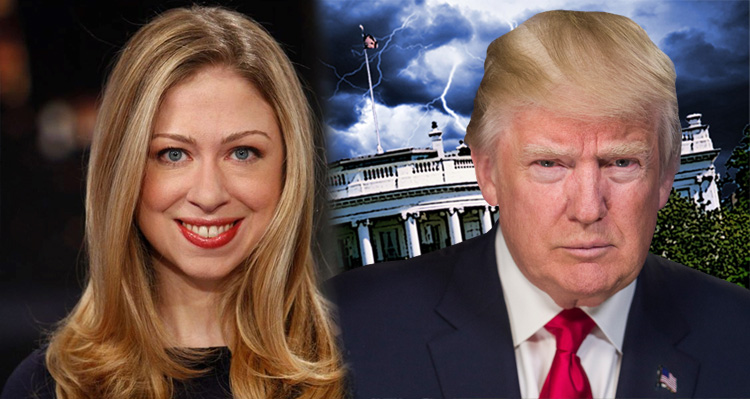 Former First Daughter Chelsea Clinton schools Trump on how to be classy.

As you may have heard by now,  on Tuesday the sports website GOLF.com published a preview of an article slated to appear in the August 7, 2017 edition of Sports Illustrated titled: “First Golfer: Donald Trump’s relationship with golf has never been more complicated.”

Ascending to the Presidency never seems to diminish any commander in chief’s ardor for the game—Ike, Nixon, Clinton etc. On the campaign trail Trump mocked Barack Obama for playing golf too often, but since taking office Trump has spent some part of more than 20% of his days at a golf club. (Exactly how many rounds he’s played is subject to conjecture because the White House refuses to confirm when the President tees it up, even on days when he’s spotted with clubs in tow.)

Buried deep within the article is a section talking about Trump National Bedminster Golf Club which he acquired in 2002 “for $35 million when developers of a 506-acre project ran into financial difficulties,” according to GOLF.com.

GOLF.com goes on to explain that:

Though Trump doesn’t like to publicly identify a favorite among his courses, Bedminster is special to him because of the acclaim it has received and its proximity to his home base of New York City.

During election season, Bedminster morphed into a kind of permanent campaign rally site. Trump posters and bumper stickers were plastered across the property, and an anti-Hillary shrine was built in a bar in the men’s locker room.

However, it is this quote from GOLF.com that stands out, eventually drawing the attention of former First Daughter Chelsea Clinton:

Trump has already made four visits to the club. He has his own cottage adjacent to the pool; it was recently given a secure perimeter by the Secret Service, leading to the inevitable joke that it’s the only wall Trump has successfully built. Chatting with some members before a recent round of golf, he explained his frequent appearances: “That White House is a real dump.” (A White House spokesperson denies this occurred.) [emphasis added]

True or not (the White House tends to deny everything even when captured on video or in emails posted to Twitter by Donald Jr.), Chelsea Clinton was quick to chime in – showing Trump the meaning of being classy when she tweeted a thanks to the White House staff.

This isn’t the first time Chelsea took to Twitter to mock Trump. As the Mirror reported on May 1st of this year, “Trump sparked outrage today by asking why the American Civil War, which led to the abolition of slavery in the southern states couldn’t have been ‘worked out.’”

Prior to that, she mocked former White House press secretary Sean Spicer in April of this year after he compared Syrian President Bashar al-Assad to Adolf Hitler, claiming that even someone as “despicable” as the infamous dictator “didn’t even sink to using chemical weapons.”

We tip our hat to Chelsea, daughter of Bill Clinton and Hillary Clinton and look forward to more of her cutting tweets regarding Trump and his dysfunctional administration.