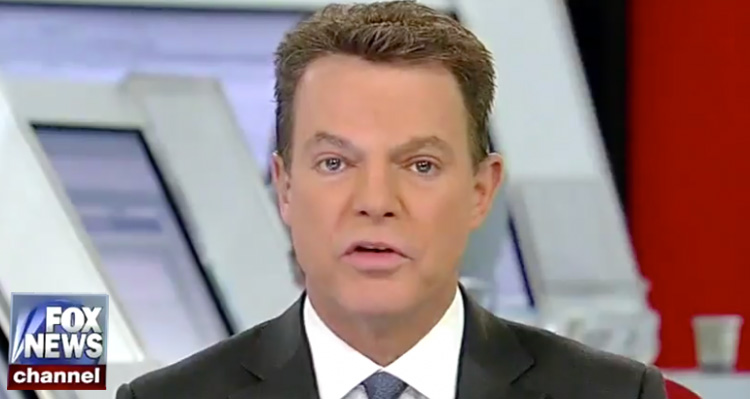 Shepard Smith reports that Fox News is unable to book any Republicans to defend Trump’s latest comments on Charlottesville and white supremacy.

Shepard Smith, the chief breaking news anchor for Fox News, reported on Wednesday that Fox News has been unable to book any Republicans to defend Trump in the wake of Trump’s response to last weekend’s violence in Charlottesville.

“Our booking team, and they’re good, reached out to Republicans of all stripes across the country today,” Smith told his viewers on Wednesday, adding: “Let’s be honest: Republicans often don’t really mind coming on Fox News Channel. We couldn’t get anyone to come and defend him here, because we thought, in balance, someone should do that. We worked very hard at it throughout the day, and we were unsuccessful.”

The Washington Post reports that MSNBC host Chuck Todd told his viewers on Wednesday’s edition of “Meet the Press” that they experienced the same problem.

“We invited every single Republican senator on this program tonight — all 52,” Todd said, adding: “We asked roughly a dozen House Republicans, including a bunch of committee chairs, and we asked roughly a half dozen former Republican elected officials, and none of them agreed to discuss this issue with us today.”

“That’s about 70 rejections altogether, and other news anchors had the same experience on Wednesday,” noted The Washington Post, adding that: “On CNN, Wolf Blitzer and Kate Bolduan recounted their bookers’ struggles to line up interviews with Republicans. Blitzer came up empty; Bolduan landed one — out of 55 requests.”

The Washington Post went on to offer a possible explanation, reporting that:

A poll published Wednesday by NPR, PBS and Marist College offers insight into possible reasons. While a majority of Americans said the president’s response to Charlottesville has not been strong enough, only 19 percent of GOP voters expressed that view; 59 percent of Republicans said Trump’s words have been sufficient.

By a 40-point margin, Republican voters are generally satisfied by the way Trump has handled Charlottesville. Republican politicians risk alienating those voters, if they come down too hard on the president.

The politically safe move, it appears, is to run for cover.

You can watch Shepard Smith in the clip, below: