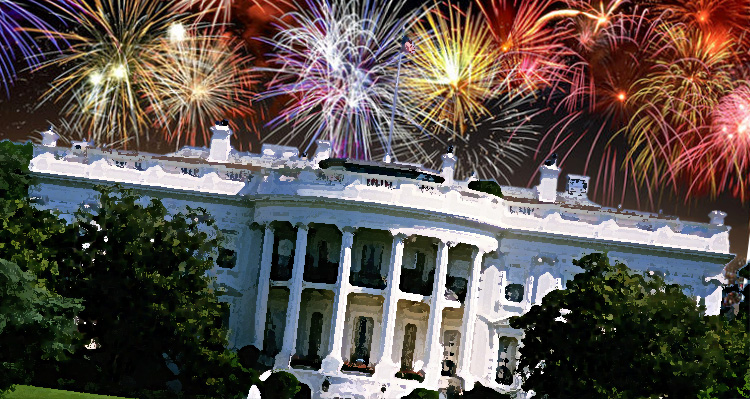 With less than 7 months in office, Trump seems to have turned the White House into a temp agency, with staff members acting more like they are contestants on Big Brother than high-ranking government officials.

Days after taking office, the 28th of January 2017 to be exact, the White House released a photograph of Trump speaking with Russian President Vladimir Putin on the phone.

The official White House readout of Trump’s call states that:

Trump received a congratulatory call today from Russian President Vladimir Putin. The call lasted approximately one hour and ranged in topics from mutual cooperation in defeating ISIS to efforts in working together to achieve more peace throughout the world including Syria. The positive call was a significant start to improving the relationship between the United States and Russia that is in need of repair. Both President Trump and President Putin are hopeful that after today’s call the two sides can move quickly to tackle terrorism and other important issues of mutual concern.

CNN tweeted an altered copy of the photograph along with a link to an accompanying article titled: “1 picture that explains the remarkable White House staff turnover.”

As CNN reports, “Just over 200 days later — 202 to be exact — the only men in that picture still employed at the White House are Trump and Pence.”

Continuing, CNN notes that: “while Priebus, Bannon, Spicer and Flynn have all been let go (or left), that picture doesn’t even capture the breadth of departures at the senior staff level in the first seven months of the Trump administration.”

Pounding the point home, CNN goes on to report on all the shakeups that occurred with just one White House job – that of communications director:

In the Trump transition, the job was offered to Jason Miller, who accepted before eventually demurring — citing a desire to spend more time with his family. Eventually Mike Dubke was brought in to fill the role in February. He resigned just three months later. Spicer took over many of those duties until late July when Anthony Scaramucci, a New York financier and Trump friend, was hired. (Spicer quit in protest.) Scaramucci was out after just 11 days. (But what an 11 days!) Now longtime Trump loyalist Hope Hicks has the title.

“Don’t believe the main stream (fake news) media.The White House is running VERY WELL. I inherited a MESS and am in the process of fixing it,” he tweeted.

Don't believe the main stream (fake news) media.The White House is running VERY WELL. I inherited a MESS and am in the process of fixing it.

He was mercilessly mocked on Twitter at the time, and the CNN tweet has some interesting responses as well.

Indeed, Liberals Unite found inspiration leading to the title of this article from a couple of tweets:

The WH is a new Temp agency

Trump is so crazy he thinks he just ended season 1 of "The Presidency" pic.twitter.com/MWbvS5M37X

And there were other responses that were more somber in nature, such as the one below: