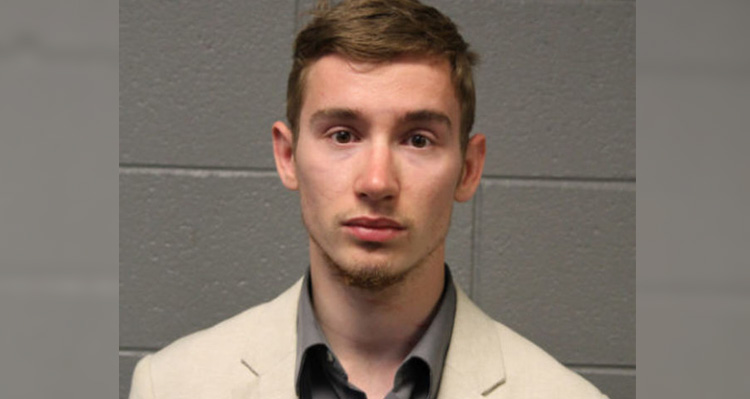 ‘Shut Up Slave!’ A spilled Starbucks drink leads to a sidewalk fight and hate crime charges.

A white man who yelled “shut up slave” during a racially charged altercation at a Chicago Starbucks is now facing multiple hate crime charges.

The Root reports that: “If you want to talk the talk, you gotta walk the walk. That is what William Boucher, 24, is learning after being caught on camera launching into a violent, racist rant, calling a black man a slave and comparing him to livestock after the man apparently spilled some coffee on Boucher’s light-colored suit.”

The confrontation was captured on a cell phone by a local news photographer who works for Chicago’s ABC7 Eyewitness News, who detailed the incident reporting that: “On cell phone video of the altercation, you can hear a man yell, ‘Shut up slave! Do not talk to me!’ at an African-American man.”

The man is then seen yelling at a second man: “Your children are disposable vermin!” before spitting on him. At this point the altercation nearly comes to blows as others quickly move in to intercede as the man continues yelling racially charged statements.

Continuing, ABC7 reports that: “As the man starts to leave, he’s approached by what appears to be a homeless man. He throws a single punch and sends him to the ground. Witnesses tackled the man and held him down until help arrives.”

Boucher was initially given a slap on the wrist according to The Washington Post, who reported that he “was originally charged with misdemeanor battery June 6 after he ‘became irate’ when someone spilled a drink on him inside the coffee shop, police said. Boucher’s rant ended in his spitting and throwing a punch at apparent strangers outside the Starbucks, sending one man to the hospital, police said.”

The Root reports that Boucher’s next court appearance is scheduled for October 10th of this year, and “If convicted, he will face probation or a maximum of five years in prison for each of the four aggravated battery charges that he is now facing. If convicted of the hate crime charges, he faces one to three years in prison” for each of those charges.

You can view the video of the altercation at the ABC7 Eyewitness News website by clicking here.