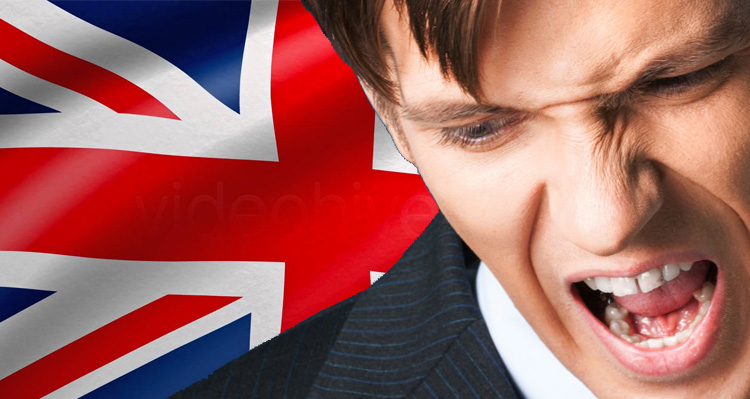 Anger boils over as the U.K. accuses Trump of fueling hate crime after erroneously linking a rise in the UK crime rate to “radical Islamic terror” in a Friday tweet.

Trump created yet another international incident when he tweeted “Just out report: ‘United Kingdom crime rises 13% annually amid spread of Radical Islamic terror.’ Not good, we must keep America safe!”

As BBC News reported: “Trump’s tweet used data from the Office for National Statistics (ONS)’s latest crime update, which reported a 13% increase across all offences in the 12 months to June. It covered England and Wales, not the whole of the UK.”

A spokesman for the U.K. Office for National Statistics told The Washington Post later Friday that the report cited by Trump did not actually show any link between violent crime and terrorism.

“The simple answer is that our statistical release bulletin yesterday made no link between terrorism and violent crime.”

The Birmingham Mail elaborated, reporting that:

The Office for National Statistics (ONS) report stated: “The 13% increase in police recorded crime from previous year, reflects a range of factors including continuing improvements to crime recording and genuine increases in some crime categories, especially those that are well-recorded.”

The figures cover England and Wales, but not the whole of the UK as Mr Trump incorrectly asserted, and of the 664 homicides reported – down 2% on the previous year – 35 were related to the London Bridge, Westminster and Manchester terror attacks.

Media Matters reported that Trump’s tweet may have come from a conspiracy theory news network.

According to the Media Matters report: “Trump tweeted an erroneous claim that was nearly identical to an on-screen graphic that has repeatedly aired on the racist, conspiracy-mongering One America News Network (OANN) that falsely linked crime in the United Kingdom to ‘”radical Islamic terror,” and “minutes later, at 6:31 a.m.” Trump posted his tweet.

British politicians were quick to respond with former British Prime Minister David Cameron slamming the comments as “divisive, unhelpful and quite simply wrong.”

Several MPs took to social media to bash Trump such as co-leader of the Green Party, Caroline Lucas, who tweeted: “OK @theresa-may, this is a test. Will you publicly condemn this outright fearmongering?”

OK @theresa_may, this is a test. Will you publicly condemn this outright fearmongering? https://t.co/RVl8bSV7VN

Nicholas Soames, grandson of Winston Churchill, called the US president a “daft twerp” who needed to “fix gun control.”

MP Wes Streeting accused Trump of being an imbecile:

Please tell me again why we're rolling the red carpet out for this imbecile, @theresa_may? https://t.co/EzAI6sC9IN

MP Yvette Cooper tweeted: “Hate crime in UK up 29% – sadly encouraged by ignorant tweets like this. Not good POTUS.”

Hate crime in UK up 29% – sadly encouraged by ignorant tweets like this. Not good POTUS https://t.co/MATvVAz48q

MP Ed Miliband referred to Trump as a “moron” in his tweet:

Officer, I’d like to report a hate crime. https://t.co/piD5sotK3P

Can you please stick out of our business with such divisiveness? You clearly don't understand difference between causation and correlation. https://t.co/bZC51SPIeb

As did MP Jo Swinson

Stop misleading and spreading fear. Hate crime is up and it is fuelled by the kind of populist xenophobia you peddle. https://t.co/TigSMTGTqU

Dutch journalist Peter Thal Larsen summed up the attitude of many regarding the United States, tweeting: “Reminder: More people died in the Las Vegas shooting than in UK terror attacks this decade.”

Headlines in the U.K. media ranged from mild to extreme: