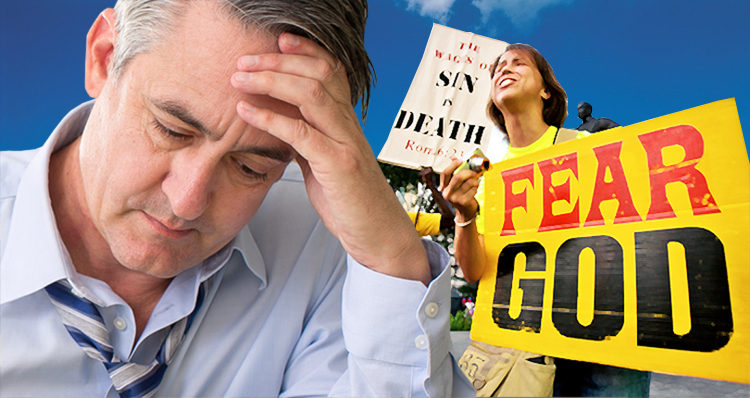 Fed up, a Christian blogger hits back at the so-called complaints of “offended Christians.”

Christian blogger John Pavlovitz, who describes himself as “an 18-year ministry veteran trying to figure out how to love people well and to live-out the red letters of Jesus,” is speaking out against “offended Christians.”

Referring to his blog as “a place where I say stuff that I think needs to be said,” Pavlovitz penned an open-letter last year that is worth reviewing again considering the current political and social climate in America these days.

I’m terribly sorry that your feelings are hurt again. I feel badly about that. None of us likes to be criticized, so I totally get it.

I know I’ve said some pretty hard words to you recently, and maybe I’ve been somewhat less than “cheery” in my delivery, but that happens when you’re tired.

And I am really tired.

He goes on to list the various complaints that these “offended Christians” make that he finds wearisome.

We are listing a few of the more descriptive ones below and you can check out his article to read the full list:

Telling these “offended Christians” that he gets that their “feelings are hurt,” Pavlovitz explains that is it not his “intention” to cause further offense, and he goes on to conclude his open-letter, writing:

But listen, if you’re going to tell a group of people that they’re going to Hell simply for existing, and you’re going to continually target those people through the Church and the Law and your social media accounts, don’t get angry with me when I tell you you’re being hateful and judgmental and ignorant.

It could be worse.

At least I’m not damning you for all eternity.