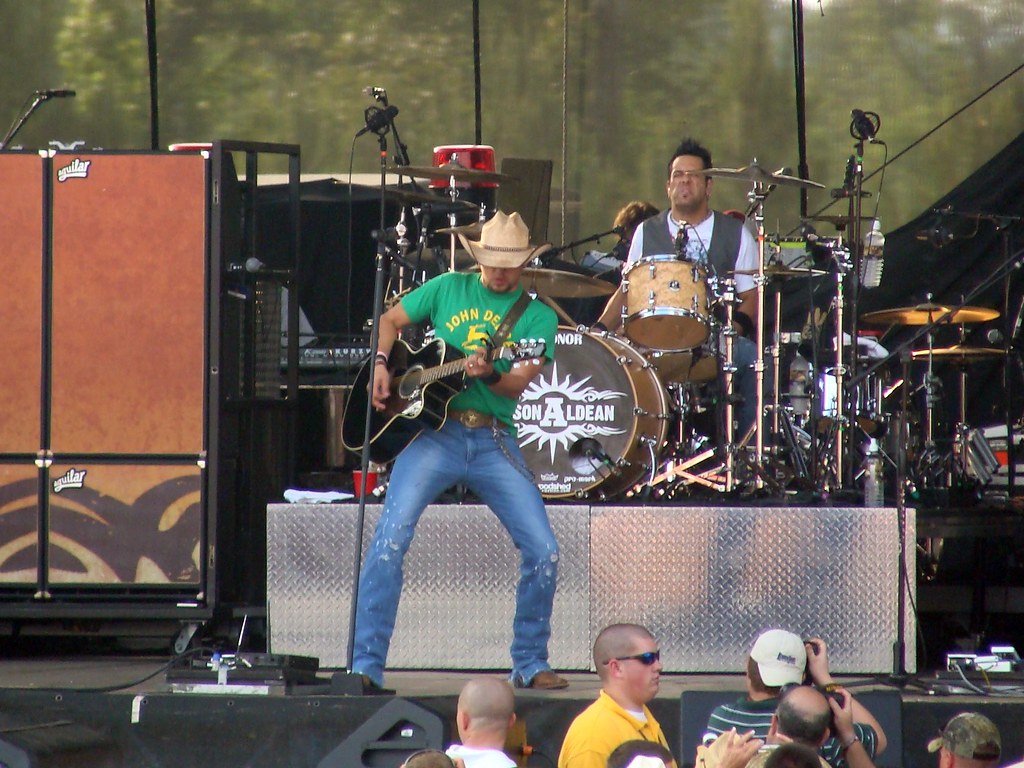 Country singer Jason Aldean, who was performing when the shots rang out in Vegas last weekend, gets told off by a rabid Trump fan.

Award-winning country music star Jason Aldean gave an emotion tribute to the victims of the deadly mass shooting in Las Vegas and to rock music legend Tom Petty, who died the day after the shooting, during this weekend’s Saturday Night Live cold open.

It was an exhausting, grief-packed, and politically divisive week for America. So rather than using Alec Baldwin to poke fun at Donald Trump, S.N.L. took a rare, serious beat to address both the deadly mass shooting in Las Vegas and the recent death of Tom Petty. Jason Aldean, the country singer who was performing at the Route 91 Harvest Festival last Sunday night when shots rang out from the Mandalay Bay Hotel, took center stage at Studio 8H to deliver a message of unity and healing.

The show opened on Jason Aldean, who was on stage at the Route 91 Festival in Las Vegas on October 1 when the attack began that left 58 people dead and injured nearly 500. Aldean introduced himself and spoke about solidarity with everyone who was hurting in the wake of the shooting. “When America is at its best,” he said, “our bond and our spirit, it’s unbreakable.” He then performed “I Won’t Back Down,” from Tom Petty’s huge 1989 album Full Moon Fever. Petty died Monday night, the day after the shooting, from cardiac arrest.

However, as TMZ Sports reports: Aldean’s performance struck a nerve with Dana White, the current President of the Ultimate Fighting Championship (UFC), the largest mixed martial arts (MMA) organization in the world.

Dana White is FURIOUS with Jason Aldean — telling TMZ Sports the country singer’s team lied to him about why he couldn’t perform in front of Vegas shooting survivors and 1st responders at UFC 216.

White says he had reached out to Aldean’s camp to sing the national anthem at UFC 216 in Vegas on Saturday night … an event in which 15 survivors and hundreds of 1st responders were in the crowd.

According to White, Aldean’s people turned down the offer telling him that the country singer was still shaken up and might not ever perform live again.

As it turned out, Aldean ended up traveling to New York for his Saturday Night Live appearance, the same night White had asked him to perform in Vegas.

“His image was more important then coming back to Vegas and playing for the people who are his fans and who got shot watching him play,” White told TMZ Sports, adding: “F*ck you Jason Aldean. Stay out of Vegas.”

White also told TMZ Sports that he was turned down by all the other country stars he approached to perform, telling TMZ:

Country music was attacked. Those were country music fans. Those are people who buy your albums and none of you country music people could sing the anthem in front of survivors and 1st responders? This isn’t about money. This is about the bad ass people who fought through this sh*t that this coward did.

White also happens to be an avid supporter of Trump who spoke on Trump’s behalf at the Republican national convention last year in Cleveland.

The Guardian referred to his speech as “bombastic” at the time, reporting that White praised Trump’s “business acumen, work ethic and steadfast friendship,” ending his speech, telling the crowd: “Let me tell you something. I’ve been in the fight business my whole life. I know fighters. Ladies and gentlemen, Donald Trump is a fighter, and I know he will fight for this country.”

You can watch Jason Aldean’s emotional appearance on SNL, below: