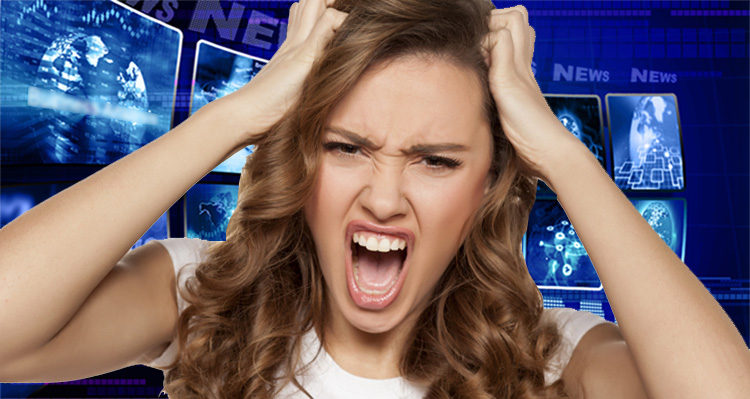 As if the Roy Moore accusations weren’t disgusting enough, responses by conservatives are enough to leave one wondering if they have any humanity left.

On the heels of a Democratic sweep in Virginia, we’re now learning 70-year-old Roy Moore, the Republican candidate for Alabama’s Senate race next month, is being accused of sexual misconduct involving a 14-year-old girl in 1979 when he was 32-years-old.

The news broke on Thursday, with The Washington Post also reporting that: “Aside from Corfman, three other women interviewed by The Washington Post in recent weeks say Moore pursued them when they were between the ages of 16 and 18 and he was in his early 30s, episodes they say they found flattering at the time, but troubling as they got older.”

As one might expect, the news media and social media have been buzzing the last few days, with the news – provoking some of the most bizarre and repulsive responses ever witnesses in American political history.

John McCain came out almost immediately calling on Moore to abandon his campaign – unlike most Republicans, who qualified their criticisms by saying “if the accusations are true….” or words to that effect.

“The allegations against Roy Moore are deeply disturbing and disqualifying. He should immediately step aside and allow the people of Alabama to elect a candidate they can be proud of,” McCain tweeted shortly after The Washington Post broke the story.

Mitt Romney followed up on Friday, tweeting: “Innocent until proven guilty is for criminal convictions, not elections. I believe Leigh Corfman. Her account is too serious to ignore. Moore is unfit for office and should step aside.”

Below are a few of the most disgusting and disappointing responses to the Moore accusations.

Fox News contributors and personalities weighed in on the controversy with Erick Erickson tweeting: “And I have a hard time taking seriously the outrage from people screaming ‘age of consent’ who think a three year old boy can identify as a girl and there’s nothing wrong there.”

As Media Matters reported, Sean Hannity and his co-host Lynda McLaughlin dismissed the allegations as unfounded and characterized Moore’s behavior as “consensual.” [Hannity did try to walk those remarks back after an ensuing shit-storm exploded online. ]

HANNITY: OK, so the two other girls were older in this case. He was apparently, like, 32, and he dated — one girl was 18, one girl was 17. They never said he did — there was no sexual — there was kissing involved, and then they’re saying this one encounter with a 14-year-old —

MCLAUGHLIN: And it was consensual —

HANNITY: And consensual, that’s true. And there’s — I just — I don’t know how you find out the truth.

The Cullman Times, a daily newspaper published in Cullman, Alabama, interviewed State Rep. Ed Henry – reporting that “Henry lashed out at Roy Moore’s accusers and Republicans who said the U.S. Senate candidate should back out of the special election.”

After dismissing the accusations against Moore as “unbelievable,” Henry suggested legal action be taken against his accusers.

“If they believe this man is predatory, they are guilty of allowing him to exist for 40 years. I think someone should prosecute and go after them. You can’t be a victim 40 years later, in my opinion,” Henry said.

“(T)ake Joseph and Mary,” Zeigler told the Washington Examiner. “Mary was a teenager and Joseph was an adult carpenter. They became parents of Jesus. There’s just nothing immoral or illegal here. Maybe just a little bit unusual.”

While the Bible does not give the ages of Mary and Joseph, most Christians assume she would have been a teenager and Joseph an adult at the time of their betrothal and Jesus’ birth. The Bible does state that Mary was a virgin, Jesus was conceived when the power of God “overshadowed” her and Joseph did not consummate their marriage until after Jesus’ birth, though beliefs about and interpretations of Mary’s virginity vary.

CNN reported that Moore’s brother compared him to Jesus:

Jerry Moore, Roy Moore’s brother, told CNN’s Martin Savidge that the women who say Roy Moore pursued them as teenagers decades ago “will have to answer to God for these false allegations,” Savidge said.

Jerry Moore then said that his brother is “being persecuted … like Jesus Christ was,” according to Savidge.

Daniel Dale, Washington Bureau Chief for The Toronto Star, posted a series of tweets regarding the responses of leading Alabama Republicans:

You can go here to read Dale’s accompanying article on The Toronto Star in which he explains that: “Five of the party’s county chairpeople in Alabama said they thought the allegations were false. And three said they might vote for Moore even if they were true.”

Sean Hannity aired an interview with Roy Moore on Friday night, during which Moore answered questions regarding the allegations. The following headline from The Washington Post says it all: