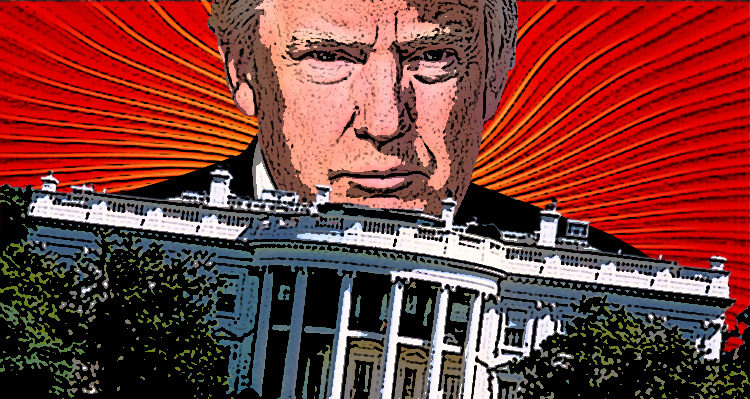 The White House is reportedly on edge, with West Wing staff considering impeachment now a reality and not some liberal fever dream.

Vanity Fair published an explosive article discussing the White House response to Robert Mueller’s indictments and the revelation that a Trump foreign policy adviser has flipped and is cooperating with the special prosecutor’s Russia investigation.

Until now, Robert Mueller has haunted Donald Trump’s White House as a hovering, mostly unseen menace. But by securing indictments of Paul Manafort and Rick Gates, and a surprise guilty plea from foreign policy adviser George Papadopoulos, Mueller announced loudly that the Russia investigation poses an existential threat to the president.

Vanity Fair went on to quote former Trump campaign aide Sam Nunberg as saying: “Here’s what Manafort’s indictment tells me: Mueller is going to go over every financial dealing of Jared Kushner and the Trump Organization. Trump is at 33 percent in Gallup. You can’t go any lower. He’s fucked.”

The first charges in the Mueller probe have kindled talk of what the endgame for Trump looks like, according to conversations with a half-dozen advisers and friends of the president. For the first time since the investigation began, the prospect of impeachment is being considered as a realistic outcome and not just a liberal fever dream. According to a source, advisers in the West Wing are on edge and doing whatever they can not to be ensnared. One person close to Dina Powell and Gary Cohn said they’re making sure to leave rooms if the subject of Russia comes up.

According to two sources, Trump has complained to advisers about his legal team for letting the Mueller probe progress this far. Speaking to Steve Bannon on Tuesday, Trump blamed Jared Kushner for his role in decisions, specifically the firings of Mike Flynn and James Comey, that led to Mueller’s appointment, according to a source briefed on the call.

Longtime Trump friend and adviser Roger Stone has reportedly spoken out against Kushner with Trump, telling him that he is getting bad advice from him.

Former campaign aid Sam Nunberg is quoted by Vanity Fair as saying, “Jared is the worst political adviser in the White House in modern history. I’m only saying publicly what everyone says behind the scenes at Fox News, in conservative media, and the Senate and Congress.”

Trump’s options for thwarting Mueller’s investigation are slim, with Vanity Fair reporting that firing Mueller “would cross a red line, analogous to Nixon’s firing of Archibald Cox during Watergate, pushing establishment Republicans to entertain the possibility of impeachment.”

A prominent Republican who is close to the White House is quoting as saying: “His options are limited, and his instinct is to come out swinging, which won’t help things.”

According to Vanity Fair,

Trump, meanwhile, has reacted to the deteriorating situation by lashing out on Twitter and venting in private to friends. He’s frustrated that the investigation seems to have no end in sight. “Trump wants to be critical of Mueller,” one person who’s been briefed on Trump’s thinking says. “He thinks it’s unfair criticism. Clinton hasn’t gotten anything like this. And what about Tony Podesta? Trump is like, When is that going to end?”

What path Trump eventually takes is anyone’s guess at this point, but there is some reason for concern.

As Chauncey Devega of Salon reported in May 2017, “American democracy is in crisis” and “historian Timothy Snyder says that ‘It’s pretty much inevitable’ that Trump will try to stage a coup and overthrow democracy.”

Time will tell the final outcome of the Trump-Russia investigation; but, in the meantime, it appears that Mueller is playing 4-dimensional chess while Trump is trying to figure out how to open a box of checkers pieces.