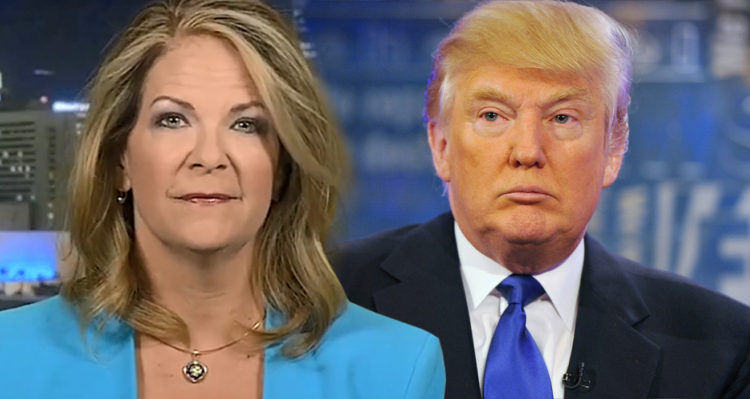 American politics was upended this year by some of the most despicable acts ever witnessed in the political arena. Here are 2 of the worst.

History will likely not be too kind to 2017 when it comes to civility in politics. Aside from Trump’s coronation and all that came with it, the year brought us some of the most horrifying political maneuvering and battling ever witnessed in American history.

We have compiled a list of some of the more disturbing events of the year, along with a brief overview.

In July 2017, Arizona Republican State Senator Kelli Ward did the unimaginable in going after John McCain in one of the most despicable acts I have witnessed in my lifetime.

As NBC News reported at the time: “Ghosts of elections past appeared in Arizona, as Sen. John McCain’s 2016 challenger [Kelli Ward] urged him to resign because of his brain cancer diagnosis on Friday [21 July 2017]. She also took the opportunity to put her name forward as his replacement.”

Speaking to Indiana radio station WOWO 1190 AM, Kelli stated: “I hope that Sen. McCain is going to look long and hard at this, that his family and advisers are going to look at this and they’re going to advise him to step away as quickly as possible so that the business of the country and the business of Arizona being represented at the federal level can move forward.”

AZCentral.com, which bills itself as “the Valley’s #1 site… for news and information,” shredded Ward in a no-holds-barred op-ed spelling out in no uncertain terms their disgust.

Check out the opening lines of the article:

Leave it to Kelli Ward to see Sen. John McCain’s brain tumor as an opportunity for personal advancement. And she, a doctor. How callous can you be?

Ward, who was trounced by McCain in last year’s election, is now trying to knock off Sen. Jeff Flake in next year’s election. Because apparently one drubbing by her own party isn’t enough.

But now, it seems, Ward has figured a different way to get to Washington. Right over the still-alive-and-kicking body of Sen. McCain.

Not to be outdone, Trump managed to find a new low in September when he lashed out at San Juan Mayor Carmen Yulín Cruz after she tearfully begged for help from him and the rest of the world in the wake of Hurricane Maria.

Cruz, the mayor of Puerto Rico’s capital city, spoke to reporters on Friday [29 September 2017] at the Roberto Clemente Coliseum warning that if relief efforts aren’t quickly stepped up “what we we are going to see is something close to a genocide.”

“We are dying here,” Cruz tearfully spoke at the press conference, adding: “I cannot fathom the thought that the greatest nation in the world cannot figure out the logistics for a small island of 100 miles by 35 miles. So, mayday we are in trouble.”

Appealing directly to Trump, she continued:

I will do what I never thought I was going to do: I am begging. I am begging anyone that can hear us to save us from dying. If anybody out there is listening to us, we are dying. And you are killing us with the inefficiency and bureaucracy….

I’m asking members of the press to send a mayday call all over the world. We are dying here. And if we don’t stop and if we don’t get the food and the water into people’s hands, what we we are going to see is something close to a genocide.

The following day – true to form, Trump lashed out at Cruz – attacking her leadership during a multi-part Saturday morning Twitter-Tantrum.

“The Mayor of San Juan, who was very complimentary only a few days ago, has now been told by the Democrats that you must be nasty to Trump,” Trump began.

Such poor leadership ability by the Mayor of San Juan, and others in Puerto Rico, who are not able to get their workers to help. They want everything to be done for them when it should be a community effort. 10,000 Federal workers now on Island doing a fantastic job. The military and first responders, despite no electric, roads, phones etc., have done an amazing job. Puerto Rico was totally destroyed.

The Mayor of San Juan, who was very complimentary only a few days ago, has now been told by the Democrats that you must be nasty to Trump.

…Such poor leadership ability by the Mayor of San Juan, and others in Puerto Rico, who are not able to get their workers to help. They….

…want everything to be done for them when it should be a community effort. 10,000 Federal workers now on Island doing a fantastic job.