December 6, 2017 by Samuel Warde No Comments 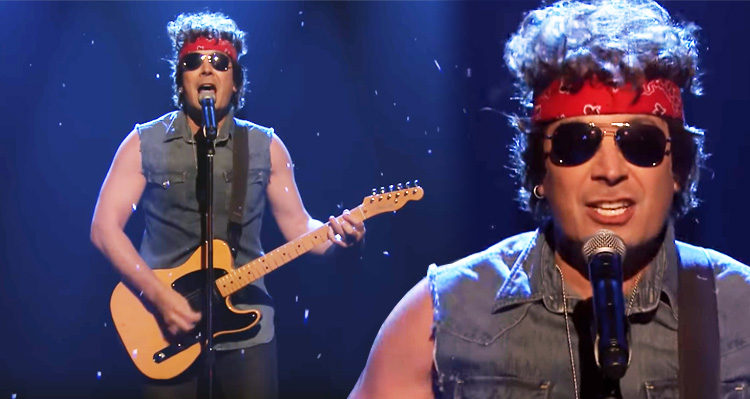 Jimmy Fallon presented an epic takedown of the Trump regime – slipping into a Springsteen impersonation to sing about Robert Mueller’s Russia investigation.

Jimmy Fallon has entertained us for years with his celebrity impersonations.

Fast-forwarding to earlier this week, Fallon once again slipped into his best Bruce Springsteen persona to charm us with the reworked Christmas Classic: “”Robert Mueller’s Comin’ to Town.”

As Rolling Stone reported: “On The Tonight Show, Fallon resurrected his spot-on Bruce Springsteen impression – donning Aviator sunglasses, a red bandana, sleeveless denim and one earring – and adapted the words of Springsteen’s rendition of ‘Santa Claus Is Comin’ To Town.'”

“He sees your Russian meetings, he’s read all your emails, he knows that you tried to collude, it isn’t ‘fake news’ for goodness’s sake,” he continued, concluding his performance singing: “All your asses are going to jail! Merry Christmas!”