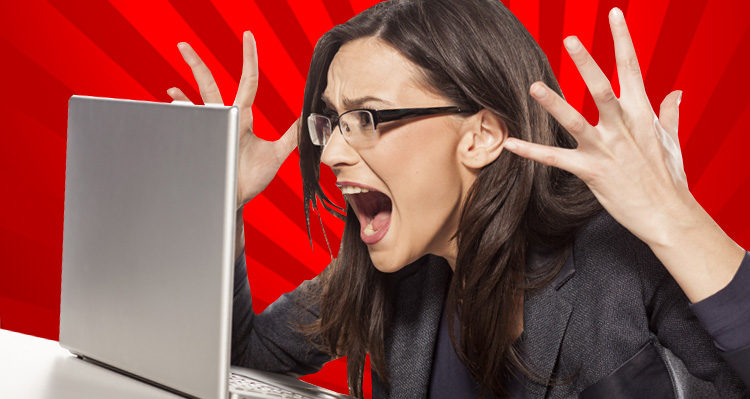 With everything that’s going on, it’s easy to overlook Net Neutrality. With an innocuous and fairly undaunting title like, “Net Neutrality,” it’s been buried by the crackling refuse of the roughly million dumpster fires currently ongoing on this country.

This is regrettable, because Net Neutrality is perhaps the most crucial issue we are facing right now. As The Verge reported:

A group of early internet and computing pioneers have called on the Senate’s FCC oversight committee to censure next week’s net neutrality vote. In an open letter to the Senate Commerce Subcommittee on Communications, Technology, Innovation, and the Internet, 21 signatories said that FCC chairman Ajit Pai’s “rushed and technically incorrect” plan to repeal net neutrality “is an imminent threat to the internet we worked so hard to create.” They want the committee to ask Pai to cancel the vote, which is currently scheduled for December 14th.

In a nutshell, Net Neutrality deals with the accessing of information; and without Net Neutrality, those who have the least and are the most disadvantaged in society will, yet again, be left utterly behind: unable to access the information they need to empower themselves and help move themselves forward in life. You know, bootstraps? (The repeal of Net Neutrality does away with those.)

I’ll break it down for you like this: As in most cases, if you are flush with cash, you don’t need to worry. With or without Net Neutrality, you’ll be fine. This is because, if Net Neutrality goes away, you will be able to pay the higher costs required of you to continue to access the content you need and desire – basically the content you access right now.

If, however, you, like the majority of Americans, are, rather distinctly not flush with cash, then you will lose out remarkably when Net Neutrality is done away with. The internet will change for you. You will not have access to all of the content you have access to now.

And, again, like most things, depending on just how deep in poverty you are, the worse things get. This is because, without Net Neutrality, what you can access on the Internet is dictated by your large, corporate, money-fueled, internet service provider (ISP.)

What does this mean, exactly?

It means that, instead of being bound by law to provide everyone equal access to anything and everything on the Internet, ISP’s can now pick and choose exactly what you have access to and what you must pay more for.

The FCC’s net neutrality rules prevent Internet service providers such as Comcast and Verizon from blocking or slowing down (legal) content. They also prohibit them from engaging in “paid prioritization,” or letting some companies pay to have their content delivered faster than others. After much debate, the rules were enshrined by the agency’s Obama-era “Open Internet Order,” introduced in 2015.

Ajit Pai, a Republican and former Verizon executive appointed by President Trump to lead the FCC, wants to overturn the order. His intention to do so, which had been widely telegraphed (see “What Happens If Net Neutrality Goes Away?”), has sparked a heated debate. Pai and his supporters want to give ISPs greater freedom over how they organize and charge for their services; opponents fear his plan will give ISPs too much power to determine what people see online.

So let’s say, Net Neutrality is overturned and your ISP, (Verizon, AT&T, CenturyLink, Cox, etc.) now offers “packages.” The amount you used to pay for your wireless service is now the “basic” package. This package offers your ISP’s version of Google, YouTube, and a smattering of pro-corporate sites they feel like throwing in.

Without Net Neutrality, you are at the mercy of your ISP’s “basic” package and what information they have decided to include as part of that package. So, those of us who can only afford this basic package will not be able to access any content or information their ISP has deemed is antithetical or harmful to their bottom-line and/or pro-corporate agenda.

From there, obviously, the packages increase in dollar amount and range of offerings. This is great for money-hungry corporations. It is terrible for students, artists, creators, not to mention democracies that depend on an educated and informed populace.

Google, YouTube, perhaps Facebook, Twitter, various news sites, blogs, etc., (whatever your ISP prefers) would become part of a “premium” package that will cost extra. This also means smaller start-ups, small businesses, obscure niche sites, open source creators, and basically anyone who doesn’t have the corporation-level cash to pay ISP’s to be included as part of their preferred content will be lost in the mix too. This is the internet, minus Net Neutrality.

Let’s say you are able to shell out the extra cash required to access the content you like, or need. This doesn’t exactly solve the problem, because without Net Neutrality, ISP’s are now allowed to slow or “throttle” any content they choose. Is there a decidedly non-corporate, original, perhaps artistic or lesser known site you love? If your ISP decides they can profit from a competing site, or that the site simply doesn’t suit their corporate agenda, they can make it load very slowly so it’s difficult to access and enjoy.

Once Net Neutrality is gone, ISP’s will basically be free to maneuver and engineer the internet so it is hardly more than a money-making vehicle for them.

Finally, head over to the FCC to submit a filing, (a brief letter) expressing your support for Net Neutrality, (Docket no. 17-108.) They haven’t made the process particularly user-friendly, so if you have trouble deciphering it, here is the link to go straight to the form where you submit a comment: https://www.fcc.gov/ecfs/filings