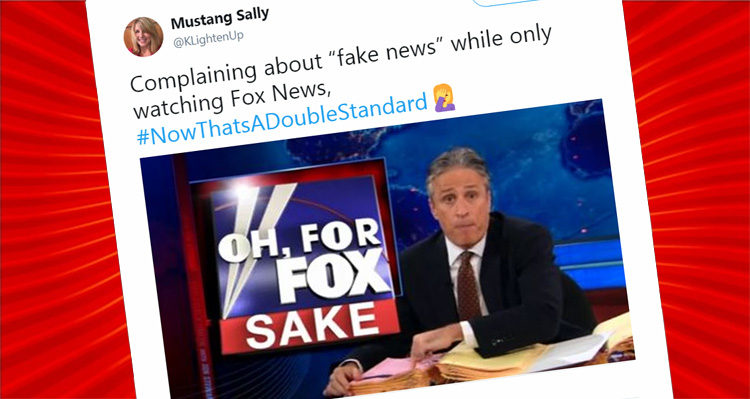 The world we live in is plagued with double standards. Check out what happened when #NowThatsADoubleStandard started trending on Twitter.

Double standards, the world is full of them.

Merriam-Webster defines them as “a set of principles that applies differently and usually more rigorously to one group of people or circumstances than to another.”

The Urban Dictionary provides some great examples to include:

As one might expect, the results were both hilarious and a bit mind-numbing. I have to admit that I felt like bleaching my brain after being confronted with the reality of some of the posts.

Many of the examples posted on Twitter were classics like the first example cited by Urban Dictionary regarding sleeping around… Others were unique. All were entertaining.

Without further ado, here are a few favorites:

Social Security helped Paul Ryan as a kid.
He wants to take it from you now.#WI01 #NowThatsADoubleStandard pic.twitter.com/5y7Eu3Kj7W

Confident man is a strong leader, a confidant woman is a bitch. #NowThatsADoubleStandard

#NowThatsADoubleStandard mocking Maxine Waters hair and you got this going on pic.twitter.com/X5VumPtBKv

Hot dogs come in packs of 10 and buns in packs of 8. #NowThatsADoubleStandard pic.twitter.com/0kyzaIb0dk

#NowThatsADoubleStandard Viagra is covered by insurance, but birth control isn't.