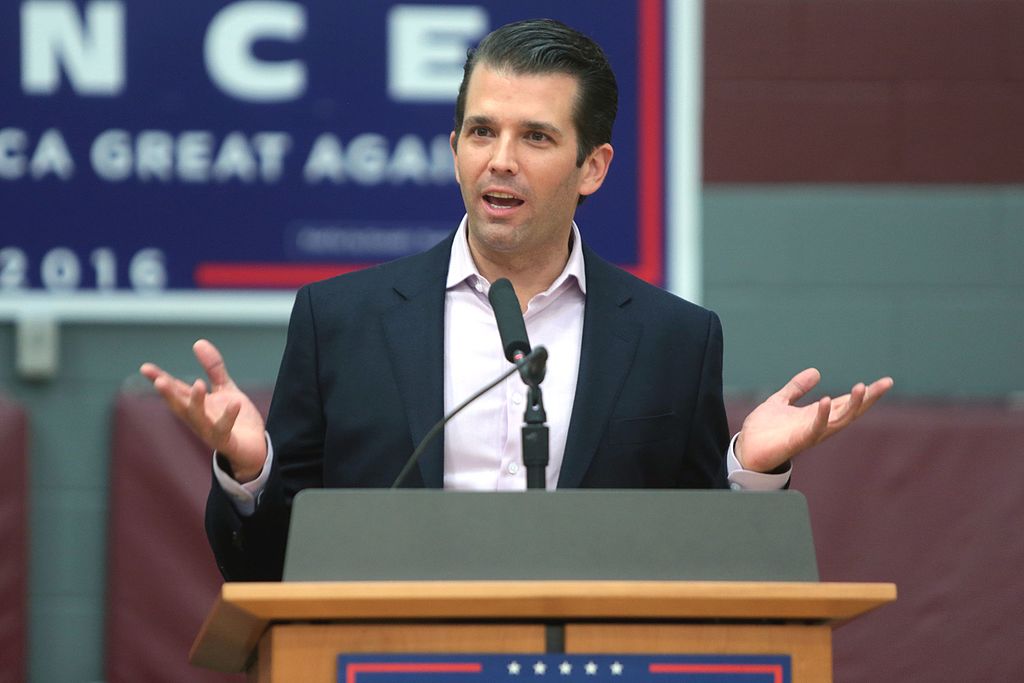 The stick doesn’t fall far from the tree as Donald Jr. takes to Twitter to throw a tantrum after NBC tweets about Oprah.

The reigning queen of talk shows, Oprah Winfrey, brought the house down with her Golden Globe Awards speech.

On Sunday night, Oprah accepted the Cecil B. DeMille Award for outstanding contributions to the world of entertainment, making her the first African-American woman to win the award.

Oprah gave her acceptance speech before a room filled with celebrities – many of them all dressed in black to show solidarity with women who have been harassed or abused. Many speeches throughout the night paid tribute to the #MeToo movement. But Oprah’s speech was truly extraordinary.

“I want all the girls watching to know a new day is on the horizon,” Oprah declared, adding: “And when that new day finally dawns, it will be because of a lot of magnificent women, many of whom are right here in this room tonight, and some pretty phenomenal men, fighting hard to make sure they are the leaders to take us to the time where nobody has to say ‘me too’ again.”

Reaction to the speech was swift and largely positive with Vox reporting that:

Oprah Winfrey’s powerful speech at the 2018 Golden Globes on Sunday has stirred up speculation that the media magnate might make a run for the White House in 2020. And while Winfrey has denied harboring presidential ambitions, it hasn’t stopped multiple from observers from asking: Why not give #Oprah2020 a try?

NBC News posted a tweet shortly after Oprah’s speech referring to the famed talk show host as “OUR next president.”

Nothing but respect for OUR future president. #GoldenGlobes pic.twitter.com/h4hkjewu0K 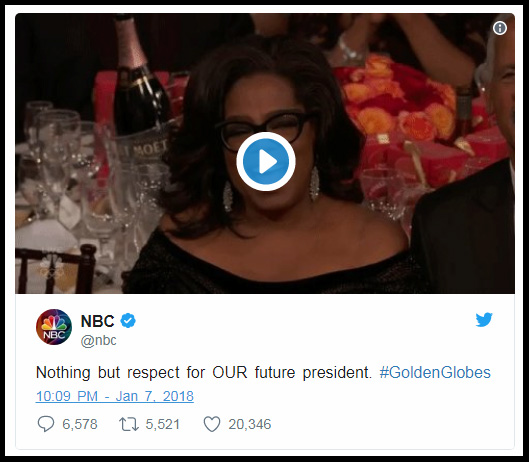 In case anyone had any doubts about where the media stands this should take care of it. The bias against @realDonaldTrump is now so obvious they have simply given up hiding it.

Can you trust anything they say at this point?

Americans see the truth in job #s & in their wallets! https://t.co/uu4KbW82UO

Jr. received the obvious onslaught of critical tweets, but perhaps the best response came from Fox News last Friday when they posted a tweet admitting that job growth was better under President Barack Obama than under the Trump regime.

Um, @FoxNews , you know this doesn't look great for @realDonaldTrump right? Are you allowed to post this?