The FBI Conspiracy That Handed Trump The Presidency 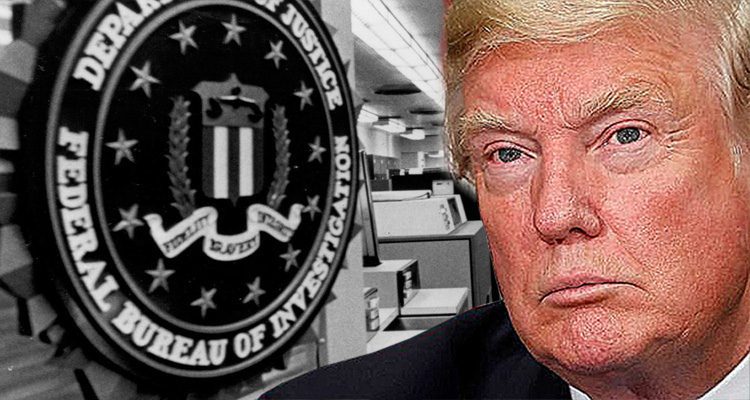 “FACT: There *was* an FBI conspiracy to help elect one of the two candidates in the 2016 presidential election.” ~Seth Abramson, former criminal investigator and defense attorney

Abramson began his Twitter thread with a link to an article by Huffington Post detailing the allegations.

Abramson begins by tweeting: “FACT: There *was* an FBI conspiracy to help elect one of the two candidates in the 2016 presidential election. It was a pro-Trump conspiracy in the New York field office of the FBI.”

FACT: There *was* an FBI conspiracy to help elect one of the two candidates in the 2016 presidential election.

It was a pro-Trump conspiracy in the New York field office of the FBI.

PLEASE RT this summary of the conspiracy that gave Trump the presidency. https://t.co/Lvg8RxgOnF

The Huffington Post article can be summarized by the first paragraph, which reads:

Information presently public and available confirms that Erik Prince, Rudy Giuliani, and Donald Trump conspired to intimidate FBI Director James Comey into interfering in, and thus directly affecting, the 2016 presidential election. This conspiracy was made possible with the assistance of officers in the New York Police Department and agents within the New York field office of the Federal Bureau of Investigation. All of the major actors in the conspiracy have already confessed to its particulars either in word or in deed; moreover, all of the major actors have publicly exhibited consciousness of guilt after the fact. This assessment has already been the subject of articles in news outlets on both sides of the political spectrum, but has not yet received substantial investigation by major media.

Below are a few of Abramson’s key observations:

Abramson then interrupts his narrative to provide a link to an additional thread “detailing the latest well-sourced research on the Trumplandia Conspiracy.”

(THREAD) This is Part 2 of a thread on "True Pundit," the fake-news website—launched by a former FBI agent—that helped swing the 2016 election to Trump by blackmailing James Comey into reopening the Clinton email investigation just before Election Day. Hope you'll read and share. pic.twitter.com/FaEXLpBO19

Continuing, Abramson provided additional observations, including the fact that: “The Trumplandia Conspiracy is a confirmed criminal conspiracy that’s documented and has been confessed to. It’s not a “theory” of something that *may* have happened derived from texts a fired FBI agent sent to his girlfriend—this is Trump aides confessing to misconduct.”

After some remarks discrediting the “Nunes Memo,” Abramson returns to his remarks regarding the “Trumplandia Conspiracy:”