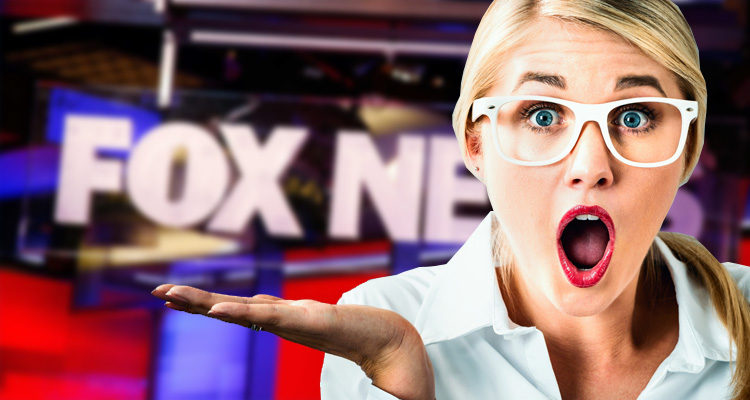 Not content to merely spin the news into something incomprehensible, it seems that Fox News is attempting to create news – and in a bad way – at the upcoming State of the Union speech this Tuesday.

Nancy Pelosi and other Democrats are planning to bring Dreamers to Trump’s first State of the Union Address this week.

ABC News reported over the weekend that: “Several House Democrats will bring Dreamers as guests to next Tuesday’s State of the Union Address, a move that comes as the White House announced it will present a new immigration framework to Congress Monday that offers a pathway to citizenship for as many as 1.8 million children brought to the U.S. illegally.”

At least 24 House Democrats will bring a Dreamer to watch from the House gallery as President Donald Trump delivers his first State of the Union speech, according to a list a congressional official provided to ABC News.

USA Today confirmed that report Monday morning, writing: “Democrats hope to send a message to President Trump by inviting a host of undocumented immigrants who were brought to the U.S. as children to attend his first State of the Union address on Tuesday.”

House Democratic Leader Nancy Pelosi, of California, and more than two dozen Democrats have invited so-called “DREAMers,” whose status has been in jeopardy since the Trump administration announced it would phase out legal protections that former president Barack Obama established.

Fox News responded with an opinion piece this morning written by Todd Starnes, the host of Fox News & Commentary.

Wasting no time, the article’s title is frightening on its face: “If Pelosi brings ‘Dreamers’ to the State of the Union, Trump should bring ICE agents.”

“ABC News reports at least 24 House Democrats plan to bring illegals — the so-called “Dreamers” — to watch the Tuesday night speech from the House gallery,” Starnes wrote, adding that: “The illegal aliens will be sitting in seats that in previous years were meant for brave military heroes, law-abiding taxpayers and America’s best and brightest. The sad truth is that Democrats would rather align themselves with foreign invaders who violated our national sovereignty, thumbed their nose at the rule of law, and pillaged and plundered taxpayer-funded resources.”

And now, Pelosi has decided to turn the U.S. Capitol into a sanctuary – a safe haven – for people who are living in our nation illegally.

In response, President Trump should fill the remainder of the House gallery with Immigration and Customs Enforcement agents.

Imagine the message he could send to the world if he directed ICE agents to arrest every illegal alien in the House chamber – live on national television.

There are millions of immigrant Dreamers who want to come to the United States legally, but the Democrats have decided a rampaging mob of profane illegals would make better citizens.

So, if President Trump truly wants to demonstrate a no-nonsense, “America First” policy, he should round up every illegal alien attending the State of the Union address and put them on school buses with a one-way ticket back across the border.

Starnes concluded his Fox News op-ed suggesting the arrest of Pelosi and other Democrats:

And if it’s not asking too much, perhaps the Justice Department could launch an investigation to determine if Pelosi and the other Democrats broke federal law by harboring illegal aliens.

It’s time to put a stop to this lawlessness.

California has already been overrun by the foreign invaders. New York City waved the white flag without so much as a fight. We must not allow the Democrats to surrender Capitol Hill.