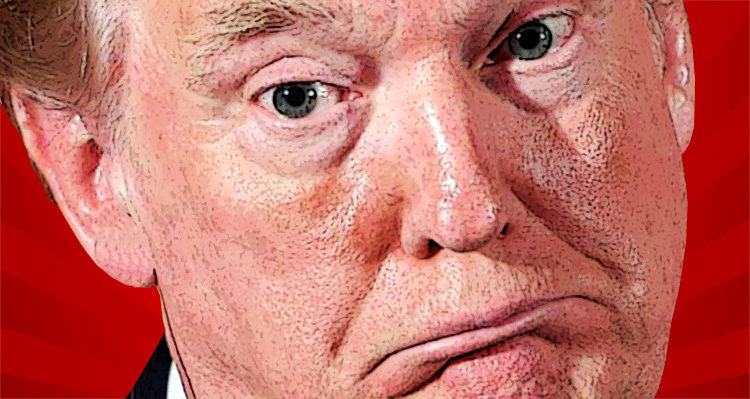 An independent jury of language experts chose “Alternative Facts” as their non-word of the year. Meanwhile in America, the phrase was added to “The Yale Book of Quotations.”

Germany’s public international broadcaster Deutsche Welle (“German Wave” in German) announced this week that Kellyanne Conway’s now infamous “Alternative Facts” has been awarded the German “Non-Word of the Year” award, “beating out other offensive terms like ‘babycaust.’ The ‘Non-Word of the Year’ aims to raise critical awareness and combat abuse of human dignity.”

Deutsche Welle reported that “The submitted words must violate democracy or human dignity, discriminate against a particular social group or be misleading or euphemistic.”

An independent jury of language critics chose ‘alternative facts’ (“alternative Fakten”) as its 2017 “Unwort des Jahres” (literally, “Non-Word of the Year”). The jury argued that the term is a misleading expression for the attempt to make using false claims publicly acceptable. The term was first used by a Trump White House advisor to defend a lie relating to the size of the inauguration crowd….

According to the jury, “alternative facts” stands “for the growing practice of replacing facts with unprovable claims during the exchange of arguments.”

“The term is a concealing and misleading expression for the attempt to make false claims acceptable in the mainstream by presenting them as legitimate in public debate,” the jury stated in their reasoning.

The six-member jury awarded the Trumpian term the prize, selecting it over other words such as “babycaust,” “fake news” and “Bio-Deutsche” (literally, “organic Germans,” referring to Germans without any foreign ancestors).

The jury does not take into account the frequency of a submitted word when making its decision. Instead, the “language-critical action” of selecting a “non-word” is meant to highlight how language is used in public communication and raise awareness about words that violate human dignity and the principles of democracy, leading to a more critical population.

Reporting out of New Haven, Connecticut, New York Post reported that the use of the term “alternative facts” by Conway “tops a Yale Law School librarian’s list of the most notable quotes of 2017.”

The statement Conway made when asked why Trump’s then-Press Secretary Sean Spicer mischaracterized the size of inauguration crowds is one of many Trump-related quotations on the list, assembled by Fred Shapiro, an associate director at the library.

“I actually had to limit the amount of Trump-related quotations on the list so as not to have the list overwhelmed by him,” Shapiro said.

The yearly list is an update to “The Yale Book of Quotations,” which was first published in 2006. Shapiro chooses quotes that are famous or revealing of the spirit of the times and not necessarily eloquent or admirable.

Concerned about the possible consequences of the Trump administrations use of “alternative facts,” popular science magazine Scientific American published an article in September 2017 detailing “How to Fight ‘Alternative Facts’ in Politics.”

The subtitle to the article warned that “Just as the environmental movement galvanized support for protecting nature, a pro-truth movement could spur popular opposition to post-truth politicians.”

Scientific American also offered the grim analysis of the impact of falsehoods on democracy:

Research on debunking falsehoods shows such debunking sometimes backfires. Called the backfire effect, scientists have shown in a number of cases people believe in falsehoods even more strongly after being presented with contradictory evidence. This situation enables Trump to pollute our politics with deception, destroying trust in our democratic political system.

Political and social science research summarized in the 2003 Trust and Governance, edited by Valerie Braithwaite and Margaret Levi, shows trust is vital for healthy democracies. Citizens in a democracy have a basic expectation of their public officials being trustworthy, in their words and actions. In return, citizens comply with laws, pay taxes and cooperate with other government initiatives. By comparison to a democracy, an autocratic state bears a much higher resource burden of policing to make its citizens comply with its laws. In his 2002 work, Trust and Trustworthiness, political scientist Russell Hardin also shows the vital role of trust in creating and cultivating civil society in a democracy. When political leaders act in ways that destroy trust—as Trump is doing through misleading statements and outright lies—people will increasingly stop complying with laws, paying taxes and engaging in civil society. Trump’s actions are fatally undermining the health of our democracy.

While opponents of Trump and his seemingly corrupt administration might find humor in the German award and inclusion in Yale’s most notable quotes, as Scientific American discussed, there are potentially devastating consequences to the administration’s frequent use of falsehoods. That is why getting out the vote later this year at the mid-term elections is so critical.