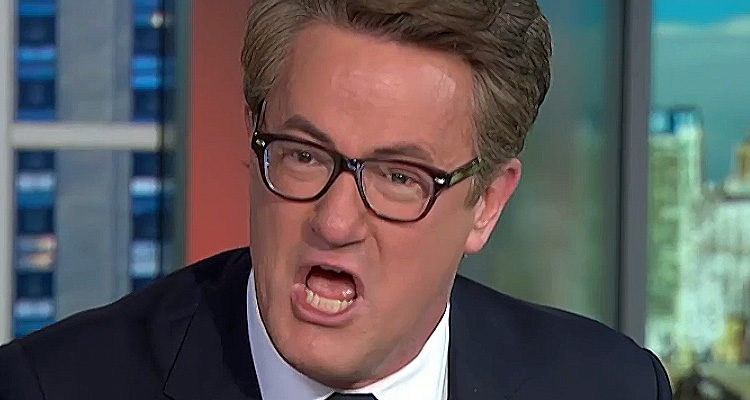 Fed up with Trump co-conspirator Devin Nunes – Scarborough went off on him Tuesday morning, stating his actions and those of Paul Ryan and Kevin McCarthy amount to “A sleazy political purge that we’ve seen unfolding before our eyes to feed the paranoid and maniacal desires of Donald Trump”

“Morning Joe” Scarborough doesn’t mince words when it comes to his dislike of Trump and the direction the Republican Party is heading since Trump’s rise to power.

NBC News reported on Monday about what has come to be known as the “Nunes Memo,” a reference to House Intelligence Committee Chair Devin Nunes (R-CA), the author of the controversial memo.

The House Intelligence Committee voted along party lines Monday to make public a classified memo about some of the government’s most sensitive secrets, prompting Democrats to accuse the Republican majority of playing politics with national security to protect President Donald Trump.

Democrats say the memo is a grossly distorted attack on the Mueller probe, designed to “brainwash” people into erroneous conclusions, in the words of Rep. Eric Swalwell, D-Calif., a member of the committee.

CNN followed up, reporting that:

House Speaker Paul Ryan told reporters Tuesday he is in favor of the public release of a memo, which alleges the FBI abused its surveillance tools, but said he is telling GOP House members that there needs to be separation between those allegations and the special counsel Robert Mueller’s investigation.

“I think because of all the loose political rhetoric floating around here, we need to make sure we explain that there is a separation between these things,” the Wisconsin Republican said. Asked if he was delivering that message to his conference, some of whom have pointed to the memo as reason to disband the special counsel probe altogether, Ryan answered: “Yes.”

Scarborough called the vote to release the memo part of a “cynical game” that was targeting law enforcement agencies for an imminent “political purge.”

“Many who did read Nunes’ memo say that it falsely summarizes the reality and it’s filled with all these falsehoods and these misleading conclusions all in an attempt to slur law enforcement officers that Donald Trump — I don’t know how else I should say this,” Scarborough stated, adding that “He’s targeted them for a political purge. So, this is a cynical game that Paul Ryan and Kevin McCarthy and Devin Nunes and anybody that empowers Devin Nunes is playing.”

Continuing his rant, Scarborough called the Nunes memo a “twisted, distorted lie,” adding that its purpose was “to feed the paranoid and maniacal desires” of Trump:

So Ryan and Nunes want to release a half-truth that turns out to be a whole lie — a twisted, distorted lie,” he added. “Since Ryan thinks the public will learn the full facts, he and Nunes can skate by on their lie. They can smear the men and women of the FBI. They can spear the professionals at the Justice Department who said this would be really reckless to put out there. They can even smear distinguished FISA judges, and they can smear the entire intelligence community by extension all to take part in a sleazy political purge that we’ve been seeing unfolding before our eyes to feed the paranoid and maniacal desires of Donald Trump.

You can watch the segment below: