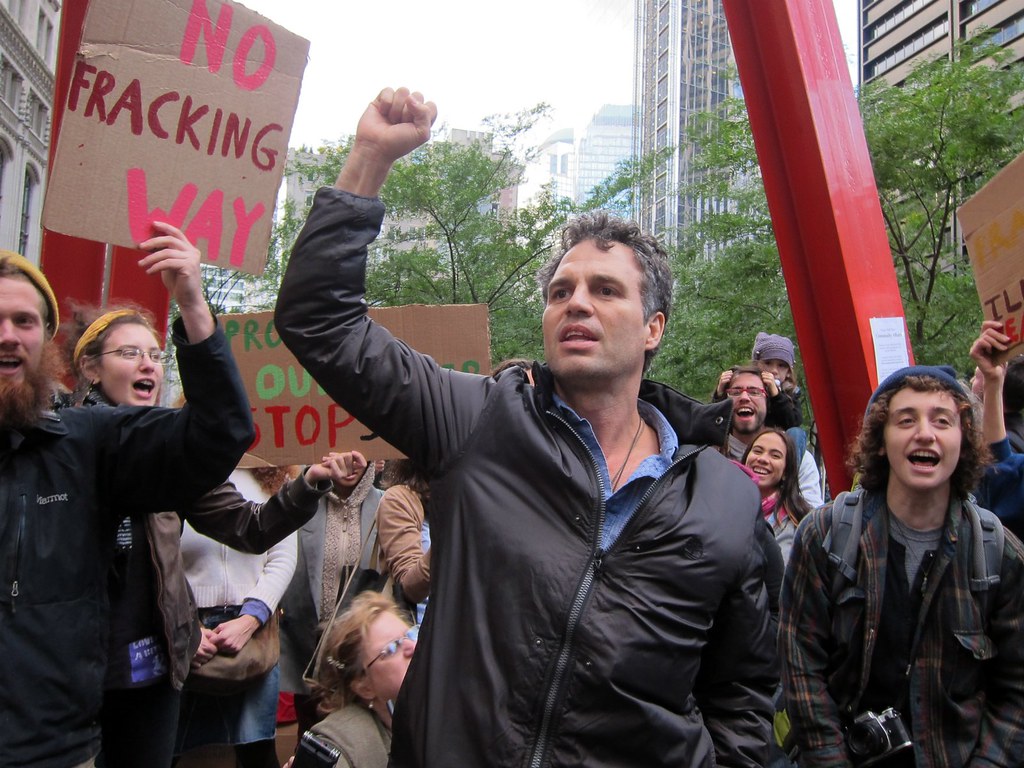 Mark Ruffalo, Alyssa Milano, Michael Moore, Rosie Perez, and Whoopi Goldberg are among the celebrities who are planning on attending “The People’s State of the Union,” billed as a “public alternative” to Trump’s first State of the Union address.

USA Today reports that “The event is planned for Monday, the day before Trump’s speech, at The Town Hall, a historic venue in Manhattan founded as a meeting spot for suffragists more than 90 years ago.”

Speaking of the People’s State of the Union, Mark Ruffalo told People Magazine that: “In essence, it’s a better reflection of our state of the union based on a more populist point of view, based on the people’s point of view. I think it’s important because we have a president who has a difficult time with the truth, who has a radical, divisive agenda, and spends an enormous amount of time focusing on the negative and hopelessness and despair.”

Continuing, Ruffalo stated that: “We want to celebrate this moment that we’re in of what is now probably one of the most influential and powerful and really beautiful movements to come into play in the United States since the civil rights movement,” adding that the event is “a celebration of the power and the beauty of this movement, but also of our accomplishments and to focus on what’s to come in the immediate future.”

On Jan. 29, the #PeoplesSOTU will present a hopeful alternative, celebrate the #ResistanceMovement and chart a path to victory in 2018! Watch the Livestream: https://t.co/tCP2IUbuJH With @WSUCampaign @MarkRuffalo @WhoopiGoldberg @MMFlint @AndraDayMusic @common and more! #VOTE2018 pic.twitter.com/kEolS6cO40

Online, Alyssa Milano on Tuesday will launch an initiative, #StateOfTheDream, to support immigrants and raise money for United We Dream, an immigrant youth-led organization.

In a statement, Milano called for social media users to create brief videos describing “your dream for America” and post them at the same time, 9 p.m. EST, with the effort’s hashtag.

She also urged her Twitter fans to “Please join us! Resist and persist with digital counter-programming to Trump’s #SOTU!”

Please join us! Resist and persist with digital counter-programming to Trump’s #SOTU! Check out and share this google doc for instructions and more info. #StateOfTheDream

Following up on Monday, Milano went on to urge her fans to get their #StateOfTheDream videos ready and is asking participants to post them simultaneous to the event and Trump’s speech at 9pm EST.

Does everyone have their #StateofTheDream video ready?

Make a short video explaining your hopes and dreams for a progressive, inclusive America.

People Magazine went on to report that: “The event will also mark the official launch of We Stand United, the lead host organization of the event.”

The group’s campaign director, Julia Walsh, tells PEOPLE that the event is intended not only as “a celebration and a look back on this resistance movement for the past year, but to look ahead. So no matter what the president says on Tuesday, we all know what we’re going to be doing from Monday night on. We’re going to continue to work together, we’re going to continue to build this broad-based movement across many different areas, and we’re going to win back Congress. This night is meant to be inspiring and empowering to all the people across this country that care about the state of this country and want to see it change.”

“We’re all going to work together across all different movements to make sure that we win back Congress in 2018 and hold this president in check,” Walsh says.

The #PeoplesSOTU will celebrate the remarkable growth and success of the Resistance Movement and outline a plan of action for the coming year — focusing on voter rights, voter registration, and voter turnout. Together, we will win back our country!

Andra Day and Common will perform their Grammy and Oscar-nominated song “Stand Up for Something” from Marshall.

The event page goes on to list the following participants:

The Bustle reports that “The event is being held on Monday night in New York City…. Tickets are on sale for those interested in attending the event, starting at $47. It will be held at Town Hall, a famous progressive theater near Times Square that was built by suffragists in 1921.

The event will be Livestreamed at peoplessotu.org which redirects to a Facebook page hosted by MoveOn.org.