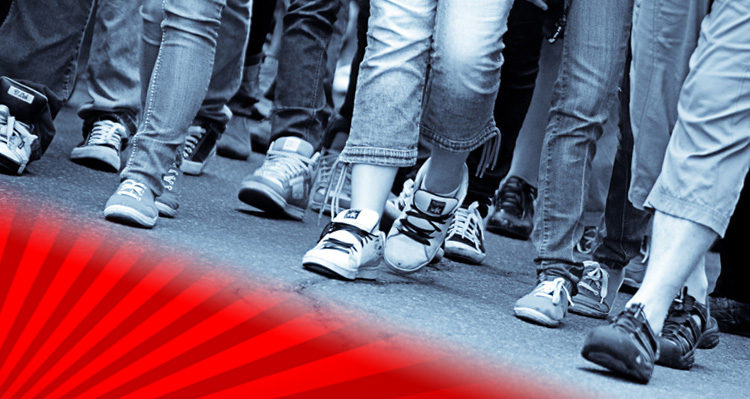 Twitter is under fire after Trump tweeted that he had a “nuclear button” that is “bigger and more powerful” than Kim Jong Un’s.

“North Korean Leader Kim Jong Un just stated that the “Nuclear Button is on his desk at all times.” Will someone from his depleted and food starved regime please inform him that I too have a Nuclear Button, but it is a much bigger & more powerful one than his, and my Button works!” he tweeted on Tuesday.

North Korean Leader Kim Jong Un just stated that the “Nuclear Button is on his desk at all times.” Will someone from his depleted and food starved regime please inform him that I too have a Nuclear Button, but it is a much bigger & more powerful one than his, and my Button works!

Trump was responding to claims the North Korean leader made on New Year’s Day, in which Kim said, “The entire United States is within range of our nuclear weapons, and a nuclear button is always on my desk. This is reality, not a threat.”

Business Insider, as well as several other media outlets, reported that Twitter’s decision to leave Trump’s post online is sparking a wave of protests.

The Verge reported that:

Protestors in San Francisco organizing under the name “Resistance SF” responded with a message of their own — projecting the phrase “@jack is #complicit” onto the walls of Twitter’s headquarters. In an accompanying Facebook post, the group said that Twitter CEO Jack Dorsey was “[breaking] the rules of his own company” and “[endangering] the world” by letting Trump keep his account. The group says Dorsey should “resign or ban @realDonaldTrump,” and is planning a protest outside Twitter’s San Francisco offices this Wednesday 3rd.

Richard Painter, who served as George Bush’s ethics lawyer, responded to Trump’s post, tweeting: “This Tweet alone is grounds for removal from office under the 25th Amendment. This man should not have nukes.”

This Tweet alone is grounds for removal from office under the 25th Amendment. This man should not have nukes. https://t.co/ymWija85o3

The Independent reported that Trump’s “threats of violence are in contravention of Twitter’s terms of service, which explicitly forbid violent and abusive posts,” however, Twitter is “almost certain to leave the post around as a result of its newsworthiness. Twitter has repeatedly suggested that Mr Trump’s position means that he is subject to different rules from other Twitter users, and that violent or even warmongering posts.”

The Verge elaborated, reporting that:

The continuing existence of Trump’s account has been a major problem for critics of the president, inside and outside of Twitter. Some have pointed out that a previous nuclear threat by Trump violated the company’s ban on advocating violence, while experts on North Korea agree that Trump’s threats play into the regime’s hands. Any conflict with the country would lead to millions of deaths, and by banning Trump, say critics, Twitter wouldn’t just be enforcing its own rules — it might actually be averting war.

To these arguments Twitter CEO Jack Dorsey has given various defenses. For one, he says, the president’s tweets are inherently “newsworthy,” and it’s in the public interest to see what Trump is thinking. Dorsey has also suggested that these tweets help make Trump accountable. “I believe it’s really important to hear directly from our leadership,” Dorsey said last May. “And I believe it’s really important to have these conversations out in the open, rather than have them behind closed doors.”

However, some say the way that Twitter has changed its defense of Trump suggest[s] less of a coherent policy, and more a set of improvised justifications for a man that makes Twitter his preferred medium for communicating US government policy.

Business Insider reported that Trump’s “tweets caused some alarm and prompted some Twitter users to make a show of reporting the tweets directly to Twiter and its CEO, Jack Dorsey. A Twitter spokesperson said in a statement Tuesday night that Trump’s North Korea tweets do not amount to a ‘specific threat,’ and thus do not warrant disciplinary action.”