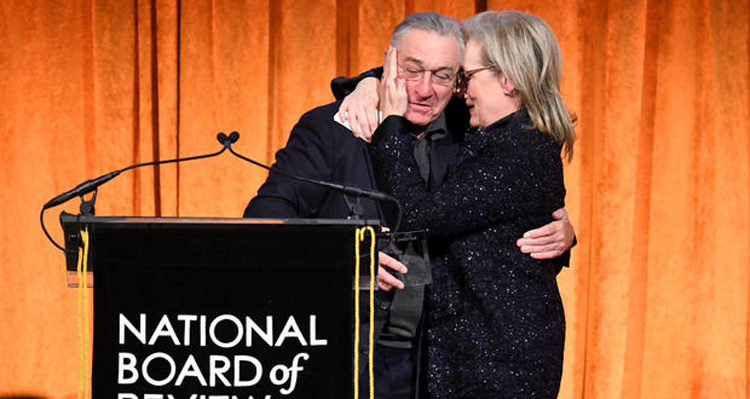 Robert De Niro went on a profanity-laced rant during a Tuesday awards ceremony.

The Daily Mail elaborated, reporting that:

Introducing Streep at the National Board of Review Annual Awards Gala in New York, De Niro went off script to call the President a ‘f***ing idiot’.

The Oscar-winner also branded Trump the ‘baby-in-chief’ and ‘jerk-off-in-chief’ while discussing Streep’s new film The Post, which is about the publication of the Pentagon Papers into the Vietnam War.

Tonight's full Robert De Niro speech introducing Meryl Streep at the National Board of Review gala, referring to Trump: "This fucking idiot is the president. It’s The Emperor’s New Clothes – the guy is a fucking fool…our baby-in-chief – the "Jerkoff-in-chief" I call him" pic.twitter.com/lVXsSCIpvA

This isn’t the first time De Niro has spoken out against Trump. Back in August 2016, shortly before the election, De Niro compared Trump to the mentally disturbed Travis Bickle, his character from “Taxi Driver.”