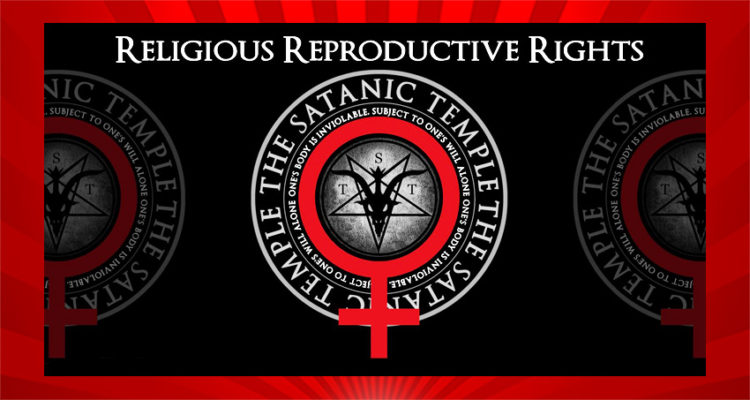 NBC-Affiliated television station reports that the Satanic Temple has prevailed in their showdown before the Missouri Supreme Court over the state’s abortion restrictions.

Missouri’s KSDK News Channel 5 reported that “On Wednesday, Missouri’s Solicitor General D. John Sauer declared ultrasounds are not required to obtain an abortion in Missouri, according to a press release from the Satanic Temple.”

The move comes after a showdown in the Missouri Supreme Court after a group called the Satanic Temple fought the state’s abortion restrictions on behalf of an anonymous woman.

[I]n an audio recording of the arguments published by the court, Justices of the court asked the State’s representative if, “it’s the position of the State that an ultrasound does not have to be conducted unless a person says they want the opportunity to hear the fetal heartbeat.”

Missouri’s Solicitor General Sauer affirms that the State’s interpretation of statute (MO Rev Stat § 188.027) is that women only be offered the “opportunity,” to have an ultrasound and listen to the fetal heartbeat, and if a woman declines hearing the audio, the ultrasound need not be performed and the requirement has been satisfied.

Linking to the News 9 article, both The Satanic Temple and Lucien Greaves, co-founder and spokesman for The Satanic Temple, tweeted that while the final ruling in the case had yet to be handed down – “[The] State abdicated mandatory ultrasounds during oral arguments in yesterday’s hearing.”

9News BREAKING: The Satanic Temple Beats Missouri in Showdown Over Abortion Rights
(While a ruling has yet to be handed down, State abdicated mandatory ultrasounds during oral arguments in yesterday's hearing): https://t.co/6OZl36tnXp

9News BREAKING: The Satanic Temple Beats Missouri in Showdown Over Abortion Rights
(While a ruling has yet to be… https://t.co/ha6K93GOXR

Background of the case

The official website for The Satanic Temple provided background on the case:

For over two years, The Satanic Temple (TST) has pursued a lawsuit against the Governor and Attorney General of Missouri, alleging that the State’s mandated “informed consent” materials, ultrasound, and 72-hour waiting period violated a member of The Satanic Temple’s First Amendment rights….

TST’s case in state court leverages the Religious Freedom Restoration Act (RFRA), which was used by Hobby Lobby when they argued that having to provide their employees with health insurance that covered birth control offended their religious beliefs. The Missouri requirements similarly impose practices that violate the religious beliefs of Mary Doe.

The State of Missouri has claimed that TST cannot use RFRA in support of their case because Mary merely disagreed with the mandated informed consent materials and was not motivated by her religious beliefs as a Satanist to seek an abortion. However, this is untrue. Mary decided to get an abortion in accordance with her religious beliefs and proceeded to do so on May 8, 2015. She went to Planned Parenthood, asked them to immediately provide her an abortion during her visit and delivered a letter of religious exemption absolving the clinic of any responsibility for doing so. Instead, she was forced to receive reproductive propaganda that obtained information regarding the State’s beliefs on the beginning of life, and wait 72 hours before her procedure. Thus, the law interfered for at least three days with Mary obtaining an abortion motivated by her religious beliefs.

The Satanic Temple provided the following mission statement on their website:

The mission of The Satanic Temple is to encourage benevolence and empathy among all people, reject tyrannical authority, advocate practical common sense and justice, and be directed by the human conscience to undertake noble pursuits guided by the individual will. Politically aware, Civic-minded Satanists and allies in The Satanic Temple have publicly opposed The Westboro Baptist Church, advocated on behalf of children in public school to abolish corporal punishment, applied for equal representation where religious monuments are placed on public property, provided religious exemption and legal protection against laws that unscientifically restrict women’s reproductive autonomy, exposed fraudulent harmful pseudo-scientific practitioners and claims in mental health care, and applied to hold clubs along side other religious after school clubs in schools besieged by proselytizing organizations.

NBC News provided the following description for The Satanic Temple:

The Satanic Temple describes itself as “a nontheistic religious organization dedicated to Satanic practice and the promotion of Satanic rights.”

“The Temple understands the Satanic figure as a symbol of man’s inherent nature, representative of the eternal rebel, enlightened inquiry and personal freedom rather than a supernatural deity of being,” it said in a statement.

In a July 2015 interview with The New York Times, one of the co-founders — who used the pseudonym Malcolm Jarry in the story — said he doesn’t really believe in the Devil but believes in strict separation of church and state. His group also opposes tax exemptions for religious organizations.