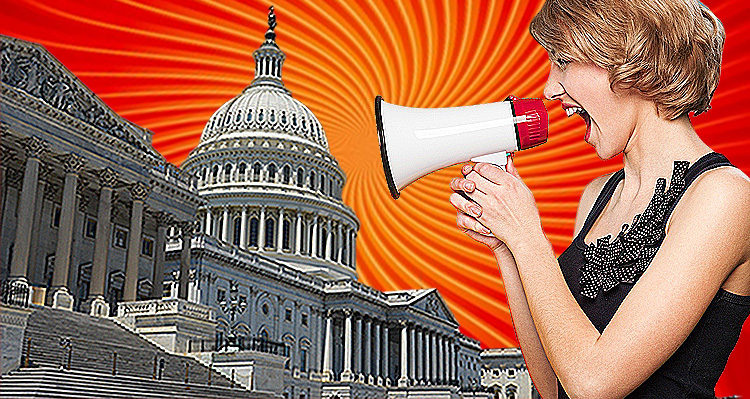 Twitter was ablaze this week as celebrities, journalists and news organizations launched a series of well-crafted insults against Trump and other conservatives.

Twitter has been a true joy this past week as several notable people and organizations set their sights on the Trump administration – to include one @ss-flossing by Sen. Lindsey Graham.

Trump has expressed an interest in limiting the First Amendment protection for freedom of speech this week, both on Twitter and while speaking with members of the media in the wake of the publication of Michael Wolff’s “Fire and Fury: Inside the Trump White House.”

NPR News reported earlier this week that: “Trump promised Wednesday to ‘take a strong look’ at the country’s libel laws, saying they are a ‘sham and a disgrace and do not represent American values and American fairness.'”

“You can’t say things that are false, knowingly false, and be able to smile as money pours into your bank account,” Trump stated at the beginning of a cabinet meeting.

Mother Jones was quick to follow up on Twitter, first tweeting that quote – then pointing out that “According to the Washington Post, Donald Trump lied 1,950 times during his first year as president.” [The Washington Post reported Wednesday morning that Trump has made more than 2,000 false or misleading claims in just 355 days.]

“You can’t say things that are false, knowingly false, and be able to smile as money pours into your bank account." —Donald Trump.

According to the Washington Post, Donald Trump lied 1,950 times during his first year as president.https://t.co/S4vcpEwzEi pic.twitter.com/xWuP2T2rKg

CNN’s senior political correspondent, David Axelrod, weighed in on the Trump administration in the waning days of his first year in office.

“It’s an unhelpful narrative when your one year anniversary is approaching and, however fair, the great debate is whether you’re over your head or out of your mind,” he tweeted.

It’s an unhelpful narrative when your one year anniversary is approaching and, however fair, the great debate is whether you’re over your head or out of your mind.

Republican Sen. Chuck Grassley of Iowa was the next person to find himself on the chopping block.

The Washington Examiner reported earlier this week that:

Senate Judiciary Committee Chairman Chuck Grassley said Wednesday that Sen. Dianne Feinstein’s decision to unilaterally release Fusion GPS co-founder Glenn Simpson’s summer 2017 testimony could make it harder for the committee to get testimony from other witnesses as it continues to investigate Russia.

“It may make a lot of people a little more reserved whether or not they want to cooperate, including in regard to Jared Kushner […] very high profile person as an example. But we’ll continue to move forward,” Grassley said.

Attorney and University of New Hampshire professor, Seth Abramson, weighed in on Twitter, tweeting: “Sen. Grassley, who has referred *the chief whistleblower* in the Trump-Russia investigation for criminal prosecution by the DOJ, now says Feinstein releasing the transcript of Glenn Simpson’s testimony could chill future witnesses. Now *that’s* chutzpah.”

Sen. Grassley, who has referred *the chief whistleblower* in the Trump-Russia investigation for criminal prosecution by the DOJ, now says Feinstein releasing the transcript of Glenn Simpson's testimony could chill future witnesses.

White House Press Secretary Sarah Sanders was next, tweeting: “66% of voters say the economy is ‘good’ or ‘excellent’ – the highest since 2001 – according to new Quinnipiac poll. America has turned a corner under the President’s strong leadership.”

Political writer and gaming programmer Matthew Chapman followed up with the obvious response, tweeting: “That same poll shows voters still credit President Obama for the economy. So nice try, but no.”

That same poll shows voters still credit President Obama for the economy. So nice try, but no. https://t.co/IBQdi37tEd

Trump put himself in the same cross hairs later that same day, tweeting: “In new Quinnipiac Poll, 66% of people feel the economy is “Excellent or Good.” That is the highest number ever recorded by this poll.”

In new Quinnipiac Poll, 66% of people feel the economy is “Excellent or Good.” That is the highest number ever recorded by this poll.

As Newsweek confirmed: “While Trump is right that these numbers are the highest positive rating in Quinnipiac poll on the economy since 2001, the survey also found that 49 percent of American voters believe former President Barack Obama is responsible for the economy’s current state. Only 40 percent of voters said Trump was responsible.” [You can view the Quinnipiac Poll results by clicking here.]

Kelly Anne Conway was next, dragging Trump down the abyss with her as Caroline O. – a frequent Twitter-Trump-Tormenter – posted the following observation in response to one of her ridiculous interviews this week:

Kellyanne Conway told CNN's @ChrisCuomo: "We don't care about her. Nobody here talks about Hillary Clinton."

… in case you were curious, Trump has tweeted Hillary Clinton's name at least 89 times since election day. Here are some of those tweets.👇 pic.twitter.com/0lhtoe4thR

Holy, fuck fuck. I just the video of trumps bipartisan “meeting” yesterday. Hey, @LindseyGrahamSC what kind of dick sucking video do they have on you for you 2 be acting like this? Wouldn’t coming out be more honorable?

For those who missed Graham’s remarks, Politico reported on the incident earlier this week:

South Carolina Sen. Lindsey Graham enthusiastically praised President Donald Trump on Wednesday for his foreign policy, a continued departure from his sharp criticism of Trump during the 2016 race and even after the election.

“I am like the happiest dude in America right now,” a beaming Graham said on “Fox & Friends.” “We have got a president and a national security team that I’ve been dreaming of for eight years.”

On Tuesday night, the Trump administration told Congress that Iran was in compliance with the Iran nuclear deal, which Trump fiercely criticized during his campaign, and it extended sanctions relief to the country. But Secretary of State Rex Tillerson said the U.S. would review the agreement.

“To me, that has been music to my ears,” Graham said to reporters. “Iran is running through the Mideast. They are toppling every government they can get their hands on. North Korea, if I were Kim Jong Un, whatever his name is, I would listen to Mike Pence. The fact that the vice president of the United States went to the DMZ, looked across the way and said, ‘We’re watching you’; Donald Trump is not going to let this nut job in North Korea get a missile to hit America. And if I were North Korea and China, I would start thinking anew about the president of the United States.”

Making sure all his butt-kissing was duly noted by Trump, Graham added: “I am all in. Keep it up, Donald. I’m sure you’re watching.”