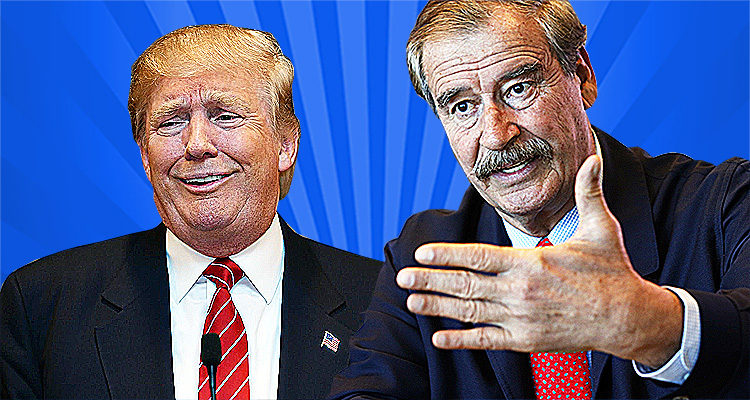 For instance, when  Trump started a 17-day vacation in Auguston, Fox posted a tweet the same day suggesting Trump make it permanent.

In the wake of all the White House shake-ups that happened over the summer, Fox tweeted: “Hey Trump, I’m watching this really bad reality TV show with low ratings called Survivor White House. I can’t change the channel. Sad!”

He has posted several tweets and videos using colorful language, telling Trump that Mexico is not going to pay for his ‘f-ing’ wall.

In April of last year, Fox mercilessly taunted Trump in the wake of the failure of his first 100-days campaign promises.

Fox responded by tweeting a screenshot of “Trump’s Contract with the American Voter” from his campaign website.

Most recently, Fox mocked Trump again, this time combining two scandals in one tweet – the questions surrounding Trump’s dubious fitness report earlier this month and the controversy swirling around

“Dear @StormyDaniels , When you had s*x with @POTUS @realDonaldTrump (while he was cheating on @FLOTUS @MELANIATRUMP ), WAS @Trump on top of you? The reason I ask this is, DO YOU THINK HE REALLY WEIGHS 239LBS? THANKS FOR YOUR HELP!,” he tweeted.

Dear @StormyDaniels ,
When you had sex with @POTUS @realDonaldTrump (while he was cheating on @FLOTUS @MELANIATRUMP ), WAS @Trump on top of you?
The reason I ask this is, DO YOU THINK HE REALLY WEIGHS 239LBS?
THANKS FOR YOUR HELP!
Vicente