Chuck Schumer Roars At Wayne LaPierre For ‘Spewing Pathetic, Out Of Touch Ideas, Blaming Everything But Guns 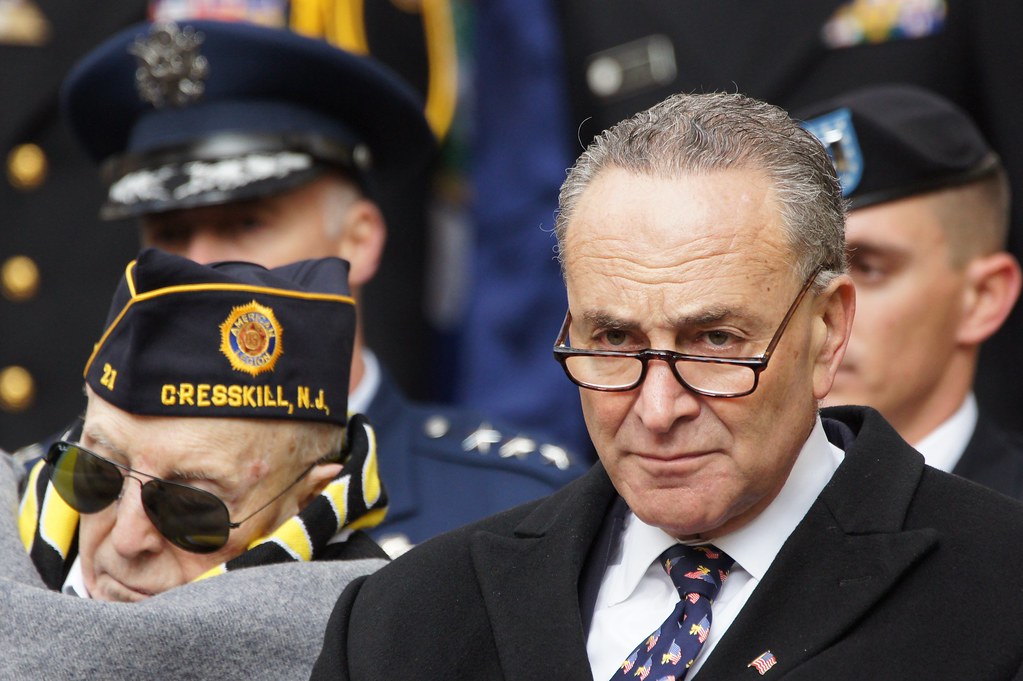 Chuck Schumer fires back after Wayne LaPierre accused Democrats of exploiting the tragic Parkland shooting during a speech.

Democratic Senate Minority Leader of New York didn’t hold back what he thought of a speech presented by Wayne LaPierre at the Conservative Political Action Conference on Thursday.

LaPierre, best known for his role as the Executive Vice President of the National Rifle Association (NRA), accused Democrats and gun control advocates of caring more for destroying personal liberty than protecting the lives of children.

The speech was LaPierre’s first public comments since the deadly shooting at Marjory Stoneman Douglas High School, which claimed the lives of seventeen people and sent an additional fourteen to the hospital.

NBC News reported that: “In a wide-ranging speech stocked with red meat for conservatives and attacks on Democrats, LaPierre called for increased school security, repeatedly ripped the ‘rogue’ leadership of the FBI and blasted the left for promoting a ‘socialist’ agenda.”

“Opportunists wasted not one second to exploit tragedy for political gain,” LaPierre told the crowd.

Name-checking a long list of prospective Democratic 2020 presidential candidates and lawmakers like Sen. Chris Murphy of Connecticut, a leading advocate for gun control measures, and Senate Minority Leader Chuck Schumer of New York, along with the “national media,” LaPierre condemned those he said were “eager to smear” the NRA.

“For them, it’s not a safety issue,” he said of protecting students. “It’s a political issue.”

Schumer was quick to respond, posting a two-part response on Twitter.

“The NRA is once again spewing pathetic, out of touch ideas, blaming everything but guns. In the past, even after horrible shootings and empathetic words, President Trump and Congressional Republicans have toed the NRA line,” he began, adding: “The real test of @realDonaldTrump and the Republican Congress is not words and sympathy, but action. Will President Trump and the Republicans finally buck the @NRA and get something done? Could this time be different?”

CNN reported on the remainder of LaPierre’s speech, writing that:

LaPierre warned Democrats would use the tragedy to push an agenda that went beyond gun control. “What they want is more restrictions on the law-abiding,” LaPierre said. “They want to sweep right under the carpet the failure of school security.”

“If they seize power … our American freedoms could be lost and our country will be changed forever,” he said. “The first to go will be the Second Amendment.”

LaPierre went on to call for guns in schools as a means of protecting children, echoing Trump’s call for arming teachers.

Once again LaPierre repeated his calls for schools to increase security, even arming schoolteachers, a controversial proposal that even some Republicans have rejected.

LaPierre said the NRA will provide support and guidance on how schools can protect themselves free of charge. He argued that was “more” than the Democratic Party or news organizations were doing.

“We share a goal of safe schools, safe neighborhoods and a safe country,” LaPierre said, and warned that “evil walks among us.”

He also returned to an oft-used NRA slogan, one LaPierre invoked following the 2012 Sandy Hook Elementary School shooting that left 20 students and six adults dead,”To stop a bad guy with a gun, it takes a good guy with a gun.”