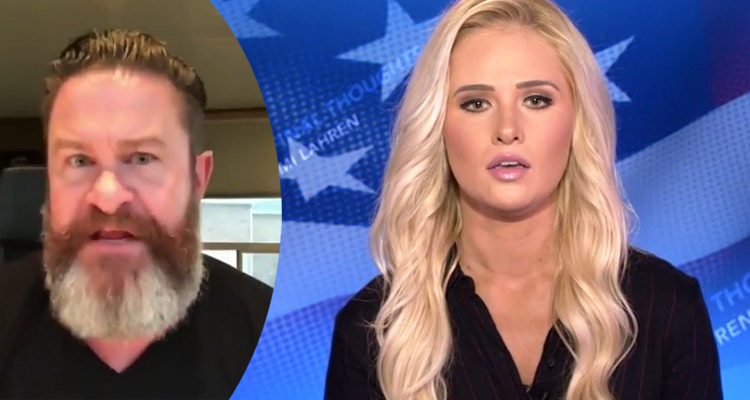 The February 14, 2018 mass shooting at Marjory Stoneman Douglas High School in Parkland, Florida, in which 17 were killed and an additional 15 were sent to area hospitals weighs heavy on the American heart.

As one might expect by now, conservatives were quick to put their spin on the shooting, sparking significant outrage among student survivors and their parents and advocates of common sense gun legislation.

Two videos in particular sparked controversy, and The Young Turks producer and host Hasan Piker weighed in – with disgust – in the video clip at the bottom of this article.

Conservative motivational speaker Sean Whalen took to YouTube and Facebook posting a roughly 3-minute video blaming the “snowflake students” at the Florida high school for the shooting. That video has received a combined total of over 10 million views so far.

As one crime-related website reported: “In his video, Whalen says that the children who had an inkling about Cruz didn’t come forward because they were afraid of hurting anyone’s feelings. He claims that political correctness is not more important than a ‘child’s life.'”

Teen Vogue reported that: “Following the mass shooting in Parkland, Florida at Marjory Stoneman Douglas High School, Tomi Lahren, Twitter’s least favorite right-wing pundit, tweeted her thoughts on the incident. Unlike the opinion of many celebrities and politicians, Tomi is decidedly against anti-gun legislation.”

“Can the Left let the families grieve for even 24 hours before they push their anti-gun and anti-gunowner agenda? My goodness. This isn’t about a gun it’s about another lunatic,” she tweeted.

Can the Left let the families grieve for even 24 hours before they push their anti-gun and anti-gunowner agenda? My goodness. This isn't about a gun it's about another lunatic. #FloridaShooting

Lahren also shared her “final thoughts” on the shooting in a video aired by Fox News in which she claimed the answer to mass shootings is MORE prayer, not gun control.

“Ya know, thoughts and prayers might seem laughable to some of you. But maybe, just maybe, more Jesus, more God, more prayer and more compassion is what we are missing.

“Those are my Final Thoughts. Feel free to disagree. From LA, God Bless and Take Care.”

As celebrity website Too Fab reported: “Both Don Lemon and survivor Carly Novell called out the conservative Fox News commentator, after Novell went viral for shutting Lahren down on Twitter.”

“I was hiding in a closet for 2 hours. It was about guns. You weren’t there, you don’t know how it felt. Guns give these disgusting people the ability to kill other human beings. This IS about guns and this is about all the people who had their life abruptly ended because of guns,” Novell tweeted after Lahren said the shooting “isn’t about a gun it’s about another lunatic.”

The Young Turks producer and host Hasan Piker weighted in on both videos in an amazing 5-minute, 50-second clip he first posted on Facebook and later added on his YouTube page.

He prefaced the video on YouTube writing: “this viral video that got 27 million views on facebook blamed the victims and ‘snowflake culture’ for school shooting while tomi claimed jesus and prayers will solve our very real gun violence problem. i give up basically.”

He put up a similar introduction on Facebook, writing:

Viral Video from Sean Whalen blames “snowflake students” for the latest school shooting and Tomi Lahren claims the answer to mass shootings is MORE prayer, not gun control. + Tomatillo immediately gets dunked on by the survivors.

You can watch his amazing response, below: