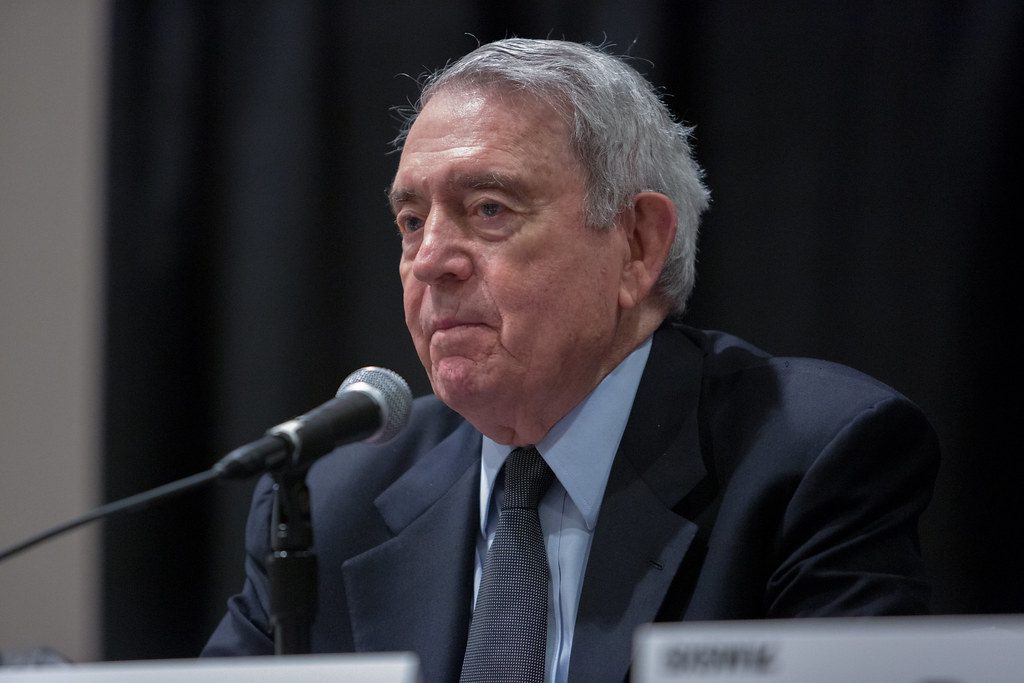 News Legend Dan Rather delivers an epic take-down of the Trump administration in a powerful Facebook post.

Dan Rather, best known for his 24-year tenure as anchor of ‘CBS Evening News, published a damning Facebook post in the wake of the controversy surrounding last week’s resignation of White House staff secretary Rob Porter amid allegations that he abused his two ex-wives.

Then on Saturday, Trump alluded to the Porter scandal on Twitter, posting: “Peoples lives are being shattered and destroyed by a mere allegation. Some are true and some are false. Some are old and some are new. There is no recovery for someone falsely accused – life and career are gone. Is there no such thing any longer as Due Process?”

Dan Rather took to his Facebook page less than half an hour after Trump’s Saturday tweet posting that:

Mr. Trump once again proves he is indifferent to the fate of anyone other than himself. This is a low for this country that is nothing about politics. We can debate tax cuts and immigration policy and how we fund education. We can disagree about the size of our military or the best balance for protecting the environment. That is democracy.

Debating whether credibly accused wife beaters should be allowed the honor (and that is what it is) to serve in the White House isn’t democracy. It’s madness – and a moment of sadness for the country.

Rather also pointed out that “The Rob Porter wife beating scandal that has the White House under siege is a heat-seeking missile to the heart of many of President Trump’s biggest fears and vulnerabilities.”

Continuing, Rather wrote that the Porter scandal served to remind Americans that Trump has been “credibly accused of assault by multiple women,” and that “there have been several other people close to Trump accused of sexual and physical assault.”

Rather also noted that “there are dozens of people working in the White House without full security clearances (including his son in law),” that “a chief of staff [Gen. Kelly]  who was brought in to create order is now spreading chaos, and that “Trump’s vow to bring in only the ‘best people’ to work with him rings hollow, and the administration is having a tough time finding people to work in the White House.”

“Meanwhile the incredible cocoon of privilege and ego with which the President envelopes himself blinds him to the sheer horror of his statements in defense of Mr. Porter,” Rather continued.

He rails against the injustice of these “accusations” (this from a man who accused President Obama of being a foreigner). He talks about how “Peoples lives are being shattered and destroyed by a mere allegation” but says nothing about the WOMEN victims. What about the lives of these women? Have they not been “shattered and destroyed”? And what about the lives of all of the women (and men) suffering in domestic violence situations?