Which Villain Reminds You The Most Of Trump? 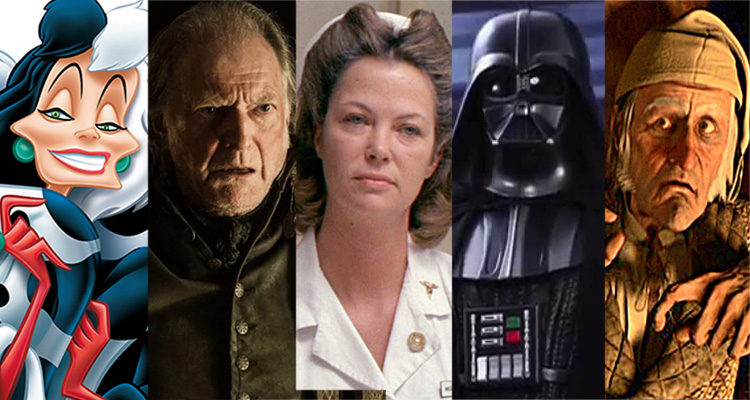 Which fictional villain best reflects the personality and character – or lack thereof – of Trump?

Trump has been compared to a variety of historic figures ranging from disgraced former president of the USA to tyrants like Benito Mussolini and Adolph Hitler.

In this poll. we are asking you to consider which fictional villain reminds you the most of Trump. Gender was not considered in our choices; rather character, personality and behavior – along with a bit of tongue-in-cheek humor – were our guides.

Cruella De Vil is a character created by Dodie Smith as the main antagonist of her 1956 novel “The Hundred and One Dalmatians” and in Walt Disney Pictures’ animated film franchise. As Wikipedia noted: “Cruella’s name is a pun of the words cruel and devil, an allusion which is emphasized by having her country house nicknamed ‘Hell Hall.'”  Cruella is characterized as wealthy, rude and spoiled – with crazed mania tossed into the mix.

Ebenezer Scrooge is the cold-hearted miserly protagonist of Charles Dickens’s 1843 novella, “A Christmas Carol.” Wikipedia characterized Scrooge with the following description: “He despises Christmas as a ‘humbug’ and subjects his clerk, Bob Cratchit, to grueling hours and low pay of only 15 shillings on a normal week (giving him Christmas Day off with pay, begrudgingly and considering it like being pickpocketed, solely due to social custom). He shows his cold-heartedness toward others by refusing to make a monetary donation for the good of the poor, claiming that the prisons and workhouses are sufficient, and if not they are better off dead, thereby ‘decreasing the surplus population.'”

Walder Frey is character in the ongoing HBO series Game of Thrones and is the Lord of the Crossing and the head of House Frey, a vassal family of House Tully of the Riverlands. Rosemary O’Neill, the Co-Founder/President of Social Strata, which makes the Hoop.la online community platform, provided the following description of his villainous nature: “My money is on Walder Frey because his list of crimes is most impressive…incest, violation of the ‘guest’ rule, murder, treason, regicide, need I go on? He’s so well written, you literally feel like you need a shower just reading about him.”

Nurse Ratched  is the main antagonist of Ken Kesey’s 1962 novel “One Flew Over the Cuckoo’s Nest” as well as the 1975 film starring Jack Nicholson. As Wikipedia reported: “A cold, heartless tyrant, Nurse Ratched became the stereotype of the nurse as a battleaxe. She has also become a popular metaphor for the corrupting influence of power and authority in bureaucracies such as the mental institution in which the novel is set.”

Darth Vader is the main antagonist of the Star Wars franchise. Darth Vader has become one of the most iconic villains in popular culture, and has been listed among the greatest villains and fictional characters ever. Shortlist provided the following description of his character: “Booed by cinemagoers in 1977 before he’d even Force-choked his first Death Star officer, Vader, the ultimate intergalactic tyrant, made it his mission to wipe out Jedi Knights, quash the Rebel Alliance and rule the universe with an iron fist in a black leather glove.,,, Our first sight of the Sith Lord [is] when he stalks on board the sieged Rebel starship, through the smoke and littered bodies. Black-clad against the white corridor, cloaked, faceless and fearsome, it’s as if the Grim Reaper himself is paying a visit.