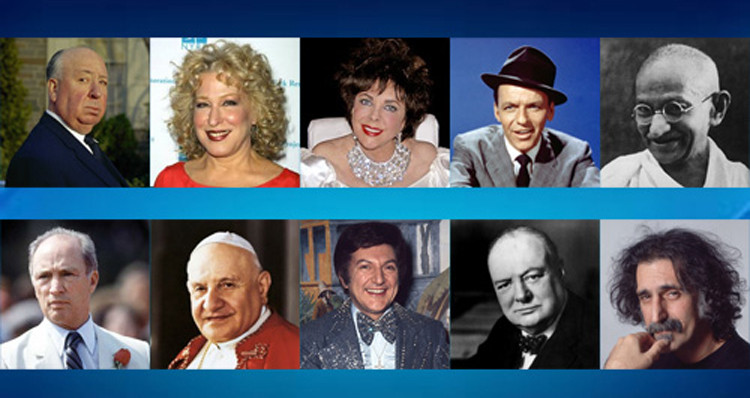 Here are 10 of history’s best insults and replies.

We put them in alphabetical order and included one bonus piece. Enjoy.

Alfred Hitchcock responding to actress Mary Anderson who asked him “What is my best side,” while filming “Lifeboat.”

“She loves nature, in spite of what it did to her.”

“Some of my best leading men have been dogs and horses.”

“Well at least he has found his true love – what a pity he can’t marry himself.”

Mahatma Gandhi asked by a reporter in a crowd “What do you think of Western civilization?”

“I think it would be a good idea.”

Pierre Trudeau, Prime Minister of Canada, responding to hearing that President Richard Nixon had called him an “asshole.”

Pope John XXIII, when asked “How many people work at the Vatican,” by a journalist:

Valentino Liberace to a critic:

“Thank you for your very amusing review. After reading it I laughed all the way to the bank.”

Bessie Braddock: “Winston, you are drunk, and what’s more you are disgustingly drunk.”

Frank Zappa and TV talk show host Joe Pyne, a decorated WWII hero who lost one of his legs in combat:

Joe Pyne: “So I guess your long hair makes you a woman.”

Frank Zappa: “So I guess your wooden leg makes you a table.”

Lady Nancy Astor: “Winston, if you were my husband, I’d put poison in your coffee.”

Winston Churchill: “Nancy, if you were my wife, I’d drink it.”