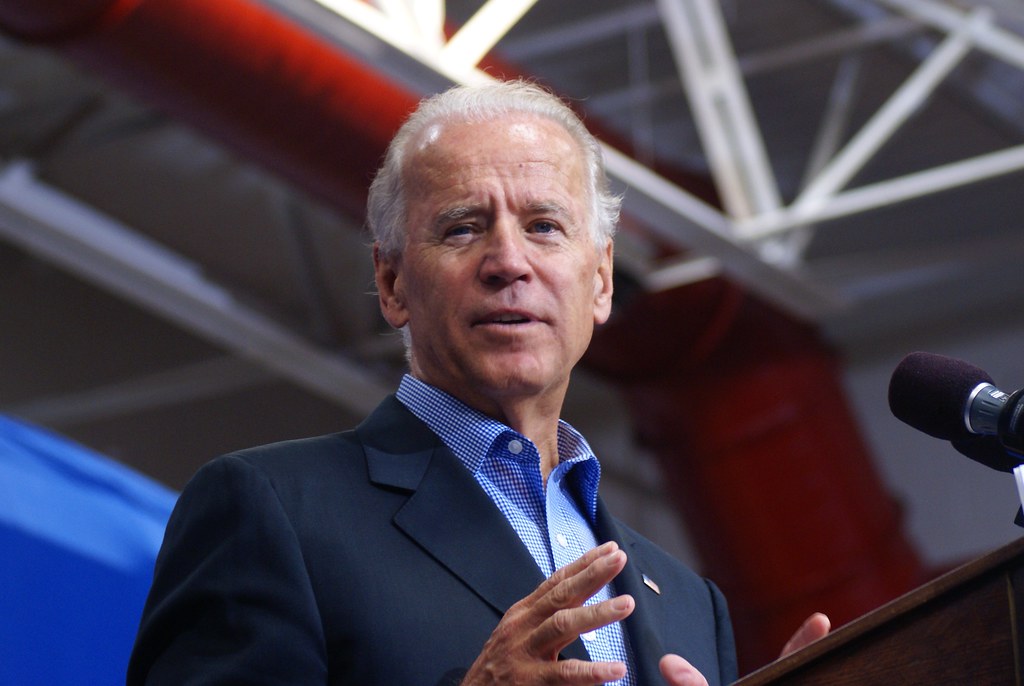 A war of words broke out Tuesday after Joe Biden lashed out at Trump, comparing him to the “fattest, ugliest SOB in the room.”

ABC News reported that Vice President Joe Biden spoke out against Trump and his history of disrespecting women at a Tuesday night anti-rally for his ‘It’s On Us’ advocacy group that aims to combat sexual assault on college campuses.

Speaking to students at the University of Miami, Biden said that he probably would have “beat the hell” out of Trump if they had attended high school together.

“A guy who ended up becoming our national leader said, ‘I can grab a woman anywhere and she likes it,'” Biden said, referencing the infamous Access Hollywood recording in which “Trump bragged in vulgar terms about kissing, groping and trying to have sex with women during a 2005 conversation.“

“They asked me if I’d like to debate this gentleman, and I said ‘no.’ I said, ‘If we were in high school, I’d take him behind the gym and beat the hell out of him,'” Biden continued, adding that: “I’ve been in a lot of locker rooms my whole life. I’m a pretty damn good athlete. Any guy that talked that way was usually the fattest, ugliest S.O.B. in the room.”

USA Today reported that: “Both comments from Biden drew applause from students in the room. (And while boxing experts like Trump’s odds in a theoretical fight against Biden, the bone spurs Trump claimed in order to avoid the draft as a young man may affect his footwork.)”

Continuing their report, USA Today noted that: “Biden tied the criticism of Trump on Tuesday to a call for men on the university’s campus to hold one another accountable to prevent acts of sexual assault.”

“Guys, any man on campus who sees a fraternity brother taking a drunken co-ed up the stairs and doesn’t walk up and say, ‘Not in my house’ is a damn coward,” Biden said, adding: “Flat, simple coward. Coward!”

“The press always ask me, ‘Don’t I wish I were debating him?’ No, I wish we were in high school — I could take him behind the gym. That’s what I wish,” Biden said then at a campaign rally in Pennsylvania for Hillary Clinton.