All Hell Breaks Loose After Roy Moore Pleads For Money To Fight Against Those Who Believe In Abortion, Sodomy, And Destruction. 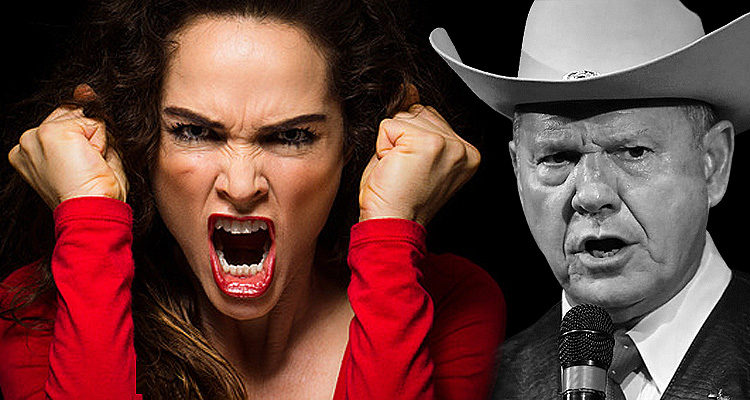 Roy Moore is back and he’s begging for money to fight members of the LGBT community, who he claims have joined forces with those who believe in abortion, sodomy, and destruction of the American way of life.

You all should remember Judge Roy Moore – you know – the racist, homophobic, transphobic, antisemitic Islamophobe who was tossed from the Alabama Supreme Court in 2003 for refusing a federal court’s order to remove a marble monument of the Ten Commandments and again in 2016 for defying a U.S. Supreme Court decision about same-sex marriage.

Of course, that wasn’t enough for the right-wing looney tunes. Nope, not by a long-shot. In 2017, he ran as the Republican candidate in Alabama during a special election to fill the Senate seat of Jeff Sessions, who had resigned to become Trump’s Attorney General.

Controversy exploded during the campaign as allegations of sexual misconduct were lodged against Moore by three women who stated that he had assaulted them when they were at the respective ages of 14,16 and 28. Moore went on to admit that he may have dated teenagers in his 30s, but said he had their parents’ permission and denied that any of them were underage or that he had assaulted anyone in any way.

As The Hill reported on Friday, “One of those accusers, Leigh Corfman, filed a defamation suit in January, to seek civil recompense after the statute of limitations ran out.”

Moore took to his Facebook page earlier this week (01 March 2018) pleading for money to cover his legal fees. The post also contained a link to a page to donate money that has apparently been taken down. However, The Washington Post reported that: “The link indicated that Moore had raised just $32,000 of a $250,000 fundraising goal.”

“I’m sure that you cannot imagine how this has taken a toll on my wife, my children, and even my friends,” Moore wrote on his Facebook post, adding: “My resources have been depleted and I have struggled to make ends meet, but I have not lost my faith in our God, who is our true source of strength and will never leave or forsake us.”

The liberal media, in association with some who want to destroy our Country do not want my influence in the 2018 elections and are doing everything they can to stop me.

Gays, lesbians, and transgenders have joined forces with those who believe in abortion, sodomy, and destruction of all that we hold dear. Unless we stand together we will lose our Country.

Christians can no longer afford to remain silent in these “perilous” times. For we know that in such time men shall be come lovers of their own selves, covetous, boasters, proud, blasphemers, disobedient to parents, unthankful, unholy, without natural affection, truce breakers, false accusers, incontinent, fierce, despisers of those that are good, traitors, heady, high-minded, lovers of pleasure more than lovers of God.

We must fight, an appeal to the God of Heaven is all that is left us!

He concluded his insane rant, writing:

The political Left is filled with men and women whose sole aim in life is to overthrow our God-ordained rights which are guaranteed in the U.S. Constitution. It is your responsibility and mine to stand up to this vile encroachment on our rights, and defend that for which the Founding Fathers sacrificed so greatly. Please send a generous gift today to the Roy Moore Legal Defense Fund to help me defeat, once and for all, those who would destroy America in order to usher in their anti-Christian “kingdom.” May the Lord richly bless you as you stand with me in this critical fight!

As one might expect, reaction to his post was swift. Below is but a sampling of the comments left on his page:

There were the random spats between Moore supporters and detractors as well. For instance, one supporter posted: “They are attacking Judge Moore just as they are attacking Missouri’s conservative governor and everyone else who stands for what is right. These are indeed perilous times,” which earned replies such as: